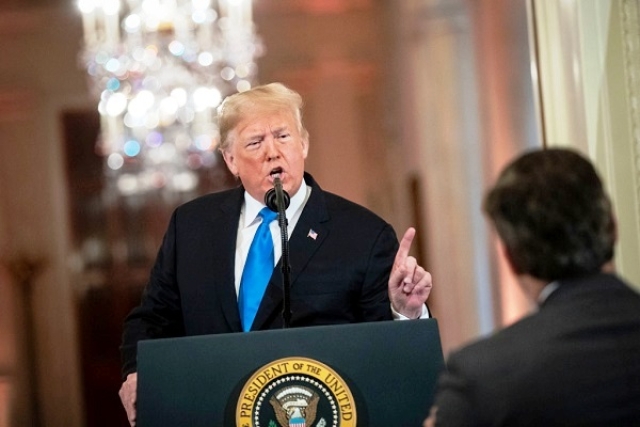 The stalemate over US President Donald Trump’s demand for $5 billion from Congress to fund his Mexican border wall, may lead to the shutdown of the US federal government, The Guardian reported.

White House senior adviser Stephen Miller told CBS that President Donald Trump is “absolutely” willing to shut down the government on 21 December if Congress refuses to authorise funding for his wall. Miller also added that Trump would do “whatever is necessary” - including allowing a partial government shutdown.

Democratic Senator Chuck Schumer though said Trump was “not going to get the wall in any form.”

As many as seven spending bills are set to expire on Friday (21 December) and if the deadlock sustains it will impact at least a quarter of the government including national parks and the Department of Homeland Security.

During his successful presidential 2016 campaign, Trump promised that he would turn the fencing on the US southern border into a wall. He also claimed that he would force the Mexican government to pay for it.

The US Senate has already allocated $1.6 billion for funding a border fence and other security measures. Trump insists that it is inadequate and insists on getting $5 billion for the wall.