Trump Announces US Withdrawal From Paris Climate Accord, Says Deal Not Tough Enough On India And China 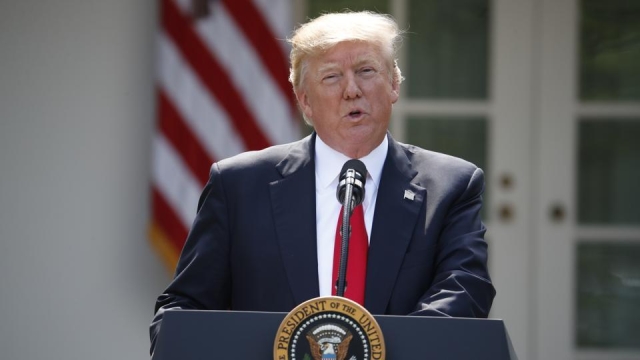 Trump speaks about the US role in the Paris climate change accord.

President Donald Trump has announced his decision to withdraw the United States from the Paris climate change accord, arguing that the 2015 agreement was detrimental to the US economy and a violation of the country's sovereignty.

"In order to fulfill my solemn duty to protect America and its citizens, the United States will withdraw from the Paris climate accord," Trump said from the White House Rose Garden, the same place where former US President Barack Obama hailed the agreement as "a turning point for our (sic) planet."

With this announcement, Trump fulfills his campaign promises while dampening global efforts to curb global warming. The decision amounts to a rebuttal of the worldwide effort to pressure Trump to remain a part of the agreement.

The 197-member agreement requires every country to establish ambitious targets to reduce the emission of greenhouse gasses. But those targets are voluntary, and Trump has already made clear that he views environmental regulations as an obstacle to his goal of creating jobs and ensuring energy independence.

Trump also said he would start talks to re-enter the accord with what he called a more "fair" deal, but was immediately rebuked by several European governments.

Trump targeted India and China as he elaborated on "the disadvantages" of remaining a part of the climate change agreement. He said, according to the Paris Climate deal terms, China will be allowed many coal plants in the next few years, and India will be allowed to double its coal production by 2020, but not the US.

With the move, the US joins Nicaragua and Syria as the only other non participants to the accord, inked by 195 nations, including Washington, in Paris in December 2015, to fight climate change.