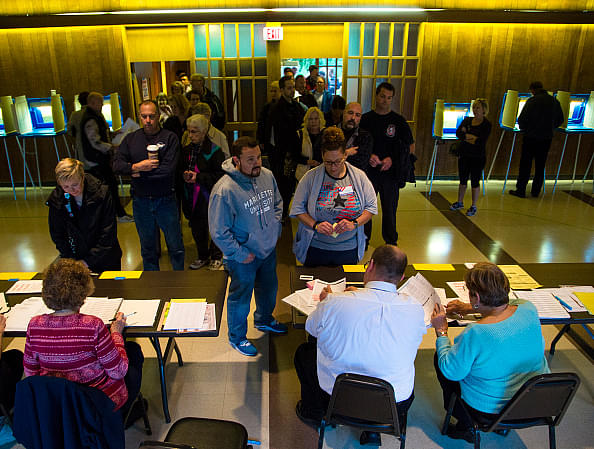 Voters queue up to cast their ballot at Cannon Pavilion on 8 November in Milwaukee, Wisconsin. Photo credit: Darren Hauck/GettyImages

US President-Elect Donald Trump cried foul as the campaign of Democratic presidential candidate Hillary Clinton said on Saturday it would participate in the recount of the ballots in Wisconsin, a state won by Trump on 8 November.

"Regardless of the potential to change the outcome in any of the states, we feel it is important, on principle, to ensure our campaign is legally represented" in any recount, EFE news quoted Clinton campaign counsel Marc Erik Elias as saying in a statement.

The move comes despite saying that it found no irregularities in the vote.

Wisconsin election officials on Friday accepted a request from Stein, who received a little more than 1 per cent of the US popular vote, for a recount of the ballots in a state that was crucial to Trump's surprise victory over Clinton.