Trump Nominee Barrett Sworn In As US Supreme Court Justice After Senate Confirmation; Conservative Hold On Bench Firms Up 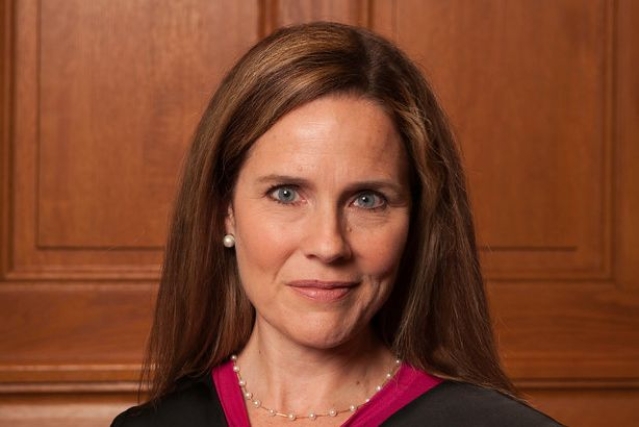 US President Donald Trump's Supreme Court nomination of Amy Coney Barrett has sailed through the Senate winning a life-time appointment and firming up the conservative hold on the bench.

She received 52 votes of the Republican Party senators on Monday (26 October), just eight days before the presidential election, with one defecting to the Democratic side recording 48 votes in opposition.

The nine-member Supreme Court bench will have six conservatives when Barrett joins the bench, three of them nominated by President Donald Trump as his lasting legacy.

With the addition of Justice Barrett, the SC will now have a super conservative majority.

After her confirmation, Barrett was administered the constitutional oath by Supreme Court Justice Clarence Thomas at the White House.

US President Donald Trump hailed the confirmation of Barret, saying that it was "a momentous day for America".

"This is a momentous day for America, for the United States Constitution and for the fair and impartial rule of law," said Trump, standing alongside Barrett during the swearing-in ceremony.

Barrett succeeds Democratic President Bill Clinton's nominee Ruth Bader Ginsburg, who had built up a record of liberal verdicts, whether they held or were outvoted. She died at age 87 in September after a 27-year career on the bench.

Barrett, a mother of seven, two of them of African descent adopted from Haiti, is only 48 years old with the possibility of a long stint on the nation's highest court.

Democrats had opposed the appointment of Barrett so close to the election citing the Republicans scuttling former President Barack Obama's nomination of Merrick Garland to the Supreme Court in an election year claiming that it should be the prerogative of the new president.