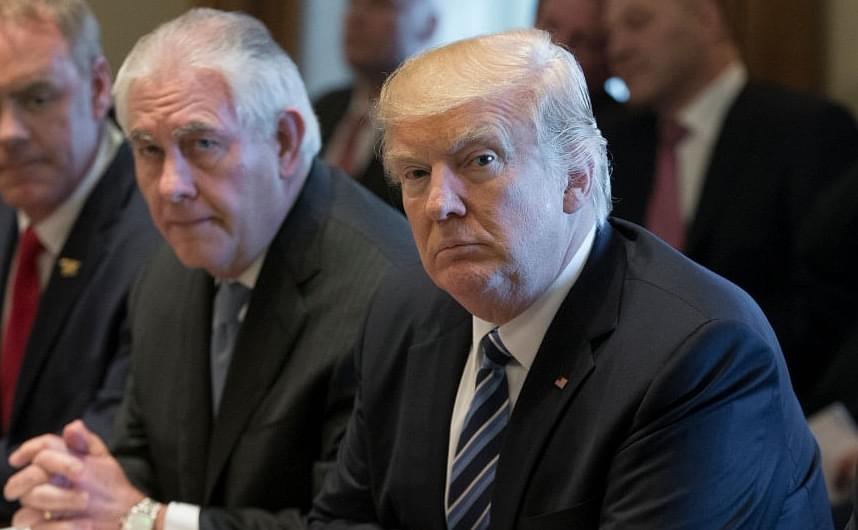 United States (US) President Donald Trump sacked his Secretary of State Rex Tillerson in a decision that was sudden on Tuesday (13 March) but not an unexpected one since long. Trump replaced Tillerson with Mike Pompeo, Director of the US Central Intelligence Agency, just ahead of his planned negotiations with North Korea.

The move will also see the Central Intelligence Agency (CIA) being headed by a woman, Gina Hapsel, for the first time. Both appointments will now have to be confirmed by the US Senate.

Tillerson has been under pressure ever since he joined Trump and at one point of time, had contemplated to leave on his own. Things turned murky when Trump asked Tillerson to leave during the weekend, forcing the latter to cut short his visit to Africa. The former Exxon Executive returned to Washington on Monday.

Trump last Friday asked Tillerson to step aside, and the embattled top diplomat cut short his trip to Africa on Monday to return to Washington.

Pompeo will replace him at the State Department, and Gina Hapsel — the deputy director at the CIA — will succeed him at the CIA, becoming the first woman to run the spy agency, if confirmed.

Trump tweeted that Pompeo will do a fantastic job, while thanking Tillerson for his service. Analysts linked Tillerson’s sacking to his statement publicly disagreeing with the US President on Russia using nerve gas against its former spy.