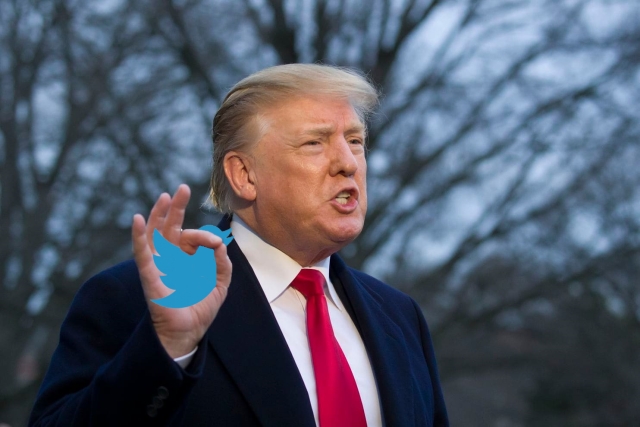 Within hours of United States President Donald Trump signing an executive order aimed at removing the liability protections clause in US law available for social media companies, Twitter blocked a tweet by Trump on Minnesota Race Riots saying that it “violated company’s policies regarding the glorification of violence based on the historical context of the last line, its connection to violence, and the risk it could inspire similar actions today"

"These THUGS are dishonoring the memory of George Floyd, and I won*t let that happen. Just spoke to Governor Tim Walz and told him that the Military is with him all the way. Any difficulty and we will assume control but, when the looting starts, the shooting starts. Thank you!” Trump’s blocked tweet read.

We have placed a public interest notice on this Tweet from @realdonaldtrump. https://t.co/6RHX56G2zt

Earlier in the day, angry mobs, mostly comprising of African-Americans, burnt down a Minneapolis police station. The city has witnessed three days of violent protests over the death of George Floyd, a black man whose died under controversial circumstances.

On Tuesday, Twitter flagged two of Trump's tweets with fact-check stamp, including a tweet in which the president raised questions on the integrity of voting-by-mail and suggested that it was susceptible to fraud.

In several tweets on Wednesday morning, the president accused social-media companies of silencing conservatives, as well as interfering in the 2016 election.

“Republicans feel that Social Media Platforms totally silence conservatives voices,” Trump wrote. “We will strongly regulate, or close them down, before we can ever allow this to happen.”