Trump Would Win If Election Were Held Today 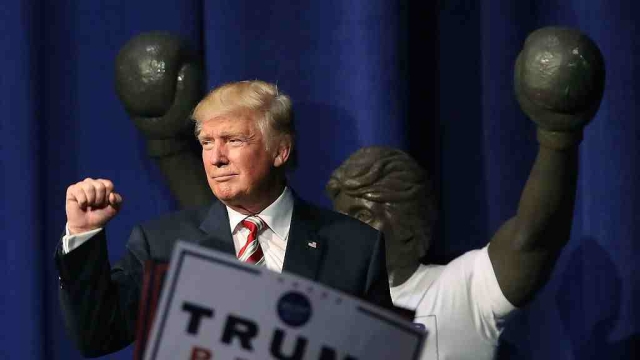 Statistics site 538, which is operated by Nate Silver, adjusted its projections ahead of the debate Monday, giving the odds to Republican nominee Donald Trump.

If the election were held today, Trump leads with a 54.9 percent chance of winning the election, according to the site. The win projection stems from Trump winning the key battleground states of Florida, Ohio, North Carolina, and Nevada. The same projection shows Clinton winning Pennsylvania, Colorado, and Virginia.

The last time that Trump won the “now-cast” was July 29, after the Republican National Convention, and before Clinton’s “convention bump” that lasted through all of August and most of September. Clinton had a 92 percent chance of winning in the first week of August, and has been in a steady decline ever since.

Trump gained the national lead in the latest Morning Consult and Bloomberg polls, and took the lead in Colorado, reducing Clinton’s chances of winning that state.

This piece was first published on The Daily Caller. You can read the original piece here.