Trumps Asks Oil Cartel OPEC To Increase Supply As Prices Are “Too High”; Brent Futures Fall As A Result 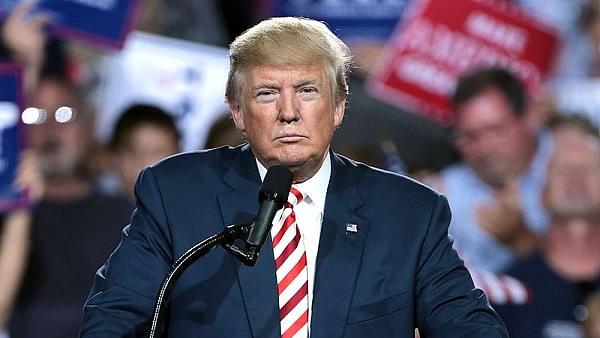 US President Donald Trump on Thursday (28 March) took to Twitter to express his dissatisfaction over the high oil prices and asked the oil cartel Organisation of Petroleum Exporting Countries (OPEC) to increase supply.

"Very important that OPEC increase the flow of Oil. World Markets are fragile, price of Oil getting too high. Thank you!" Trump wrote in a post on Twitter.

Very important that OPEC increase the flow of Oil. World Markets are fragile, price of Oil getting too high. Thank you!

Crude oil prices have increased since the beginning of 2019 due to overall OPEC supply cuts and decreased oil production in OPEC member countries like Venezuela and Iran on account of US sanctions. Reuters also reports that crude markets are on course for their biggest quarterly rise since 2009.

OPEC is an intergovernmental organisation of 17 nations that account for an estimated 44 per cent of global oil production and 81.5 per cent of the world's "proven" oil reserves, giving OPEC a significant influence on global oil prices.

Economists often cite OPEC as a textbook example of a cartel that cooperates to reduce market competition, but one whose consultations are protected by the doctrine of state immunity under international law.