Tughlaqi Era Back In Delhi? Private Vehicles May Be Banned From Travelling On Roads As Air Quality Deteriorates 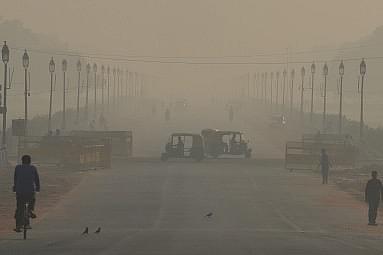 The Environment Pollution Control Authority (EPCA) on Tuesday (30 October) has said that private cars will be stopped from travelling on Delhi roads if the pollution causing the deterioration of air quality gets worse as part of the initiative taken to reduce the rising air pollution rate in the capital, as reported by The Economic Times.

"Let us hope the air pollution situation in Delhi doesn't deteriorate or else we will have to stop plying of private vehicles. Only public transport will be used," Bhure Lal, Chairman, Environment Pollution Control Authority, said.

The Supreme Court appointed EPCA has proposed halting construction work, burning of garbage, use of diesel-run generators between 1 November and 10 November due to the expected rise in pollution.

An overnight spike in Particulate Matter (PM) caused the air quality in Delhi and National Capital Region (NCR) to worsen. The overall Air Quality Index (AQI) at 3 pm was 401, being the highest recorded this season which makes it fall into the ‘severe’ category.

The government-run System of Air Quality Forecasting And Research (SAFAR) attributed heavy stubble burning in the last 24 hours along with calm winds as the reason behind the deterioration of air quality. A WHO report published said that over one lakh children under the age of five have died due to the exposure to toxic air in India. The report also observed that 98 per cent of children in the same age group in economically deprived and middle-income countries were exposed to air pollution.