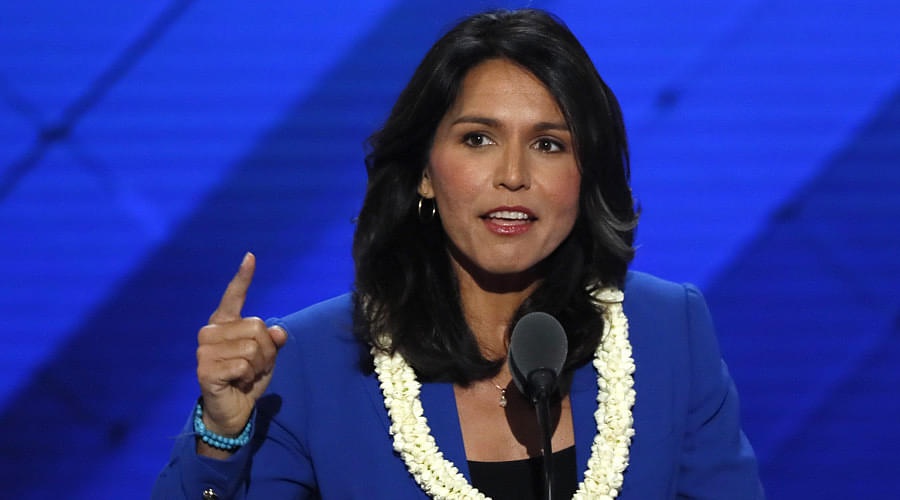 American politician Tulsi Gabbard, who is a member of the Democratic Party and a practicing Hindu, took to Twitter on Tuesday to express her anger against the ‘sensationalist and absurd’ portrayal of Hinduism in CNN’s show Believer with Reza Aslan. In a series of tweets, Gabbard accused CNN of using its ‘power and influence to increase people’s misunderstanding and fear of Hinduism’.

Gabbard also accused CNN and the host of ‘repeated false stereotypes about caste, karma and reincarnation that Hindus have been combating tirelessly’ and said that the show gives an ‘ugly impressions of Hindus and their religion’.

2/ I am very disturbed that CNN is using its power and influence to increase peopleâs misunderstanding and fear of Hinduism.

4/ to find sensationalist and absurd ways to portray Hinduism. Aslan and CNN didn't just throw a harsh light on a sect of wandering ascetics

6/ combating tirelessly. CNN promotional materials and trailers that included a scene showing a group of Hindus under a caption

8/ about religions only fosters ignorance that can lead to terrible consequences. Indeed, Hindus are still reeling after witnessing terrible

10/ for people of different religions. It is my sincere hope that CNN and Aslan will engage with the Hindu community moving forward

The show has also been criticised by American Hindus Against Defamation (AHAD), a prominent Hindu organisation in the US. The organisation issued a statement on Tuesday, saying that the show promotes xenophobia and Hinduphobia.

AHAD convenor Ajay Shah criticised Aslan for generalising fringe elements of Hindu faith while ignoring the peaceful, non-violent and universal ideals of Hindu dharma and said that he only promotes 'moderate' Islamic Sufi tradition as mainstream in the media.

Aslan, who is hosting the show, is often criticised in the US and around the world for shielding Islamic radicals and playing down the threat that they pose to security.