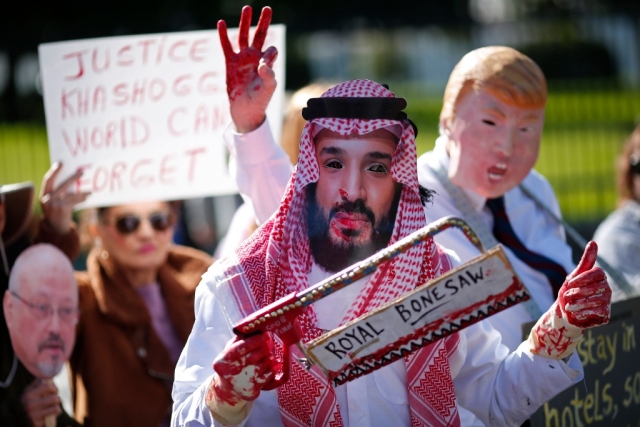 Turkish President Recep Tayyip Erdogan has said that he will reveal naked truth on the death of Washington Post journalist Jamal Khashoggi inside Saudi embassy premises, The Hindu has reported.

Earlier, Turkish government had informed US officials that it had audio and video recordings to prove that the journalist was killed inside the Saudi consulate in Istanbul earlier this month, The Washington Post has reported.

The audio recording of the alleged murder is from the Apple Watch that Khashoggi was wearing when he entered the Saudi consulate, said a Turkish newspaper Sabah. The audio was recovered from Khashoggi's iCloud account which he had reportedly handed over to his fiance before entering the consulate.

Turkish authorities have been maintaining that the journalist was murdered by a team of 15 assassins from Saudi who were flown to Istanbul for the purpose.

On Saturday, Saudi authorities conceded that Khashoggi, the Washington Post columnist and a critic of Riyadh, was killed inside the kingdom's Istanbul diplomatic compound. This admission came after a fortnight of denial.

The Saudi government said that it had fired five top officials and arrested 18 others as a result of the initial investigation.

Meanwhile, United States President Trump who was initially inclined towards his Saudi ally has now changed his stance. Although he stopped short of directly indicting the crown prince of Saudi Arabia, Mohammed Bin Salman due to lack of evidence. “Nobody has told me he's responsible. Nobody has told me he's not responsible. We haven't reached that point. I haven’t heard either way,” he told the media.