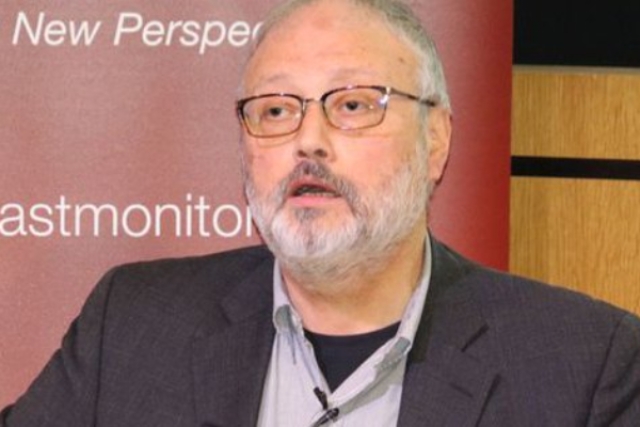 The Turkish government has informed US officials that it has audio and video recordings to back its claim that journalist Jamal Khashoggi was killed inside the Saudi consulate in Istanbul earlier this month, The Washington Post has reported.

The audio recording of the alleged killing is from the Apple Watch that Khashoggi wore when he entered the Saudi consulate in Istanbul over a week ago, said a Turkish newspaper Sabah. The audio was recovered from Khashoggi's iPhone and his iCloud account which he had reportedly handed over to his fiance before entering the consulate.

Turkish authorities have been maintaining that the journalist was murdered by a team of 15 assassins from Saudi who were flown into Istanbul.

Khashoggi was a former editor of Reuters and most recently, a regular commentator with the Washington Post. Khashoggi, who was once regarded an insider with close ties to many members of the Saudi ruling royal clan, later turned a trenchant critic. He fled his home country fearing vindictive action from the ruling royalty and was living in exile in USA. His recent columns have been critical of Crown Prince Mohammed bin Salman’s policies.

Khashoggi went missing following a visit to the Saudi consulate in Istanbul on 2 October. He had reportedly gone there to obtain a document he needed to marry his fiance.

According to The Post, Turkish officials had evidence of audio recordings that provide persuasive evidence of Saudi involvement in Khashoggi’s death. The Post quoted a person with knowledge of the recording as saying, “The voice recording from inside the embassy lays out what happened to Jamal after he entered. You can hear his voice and the voices of men speaking Arabic. You can hear how he was interrogated, tortured and then murdered.”