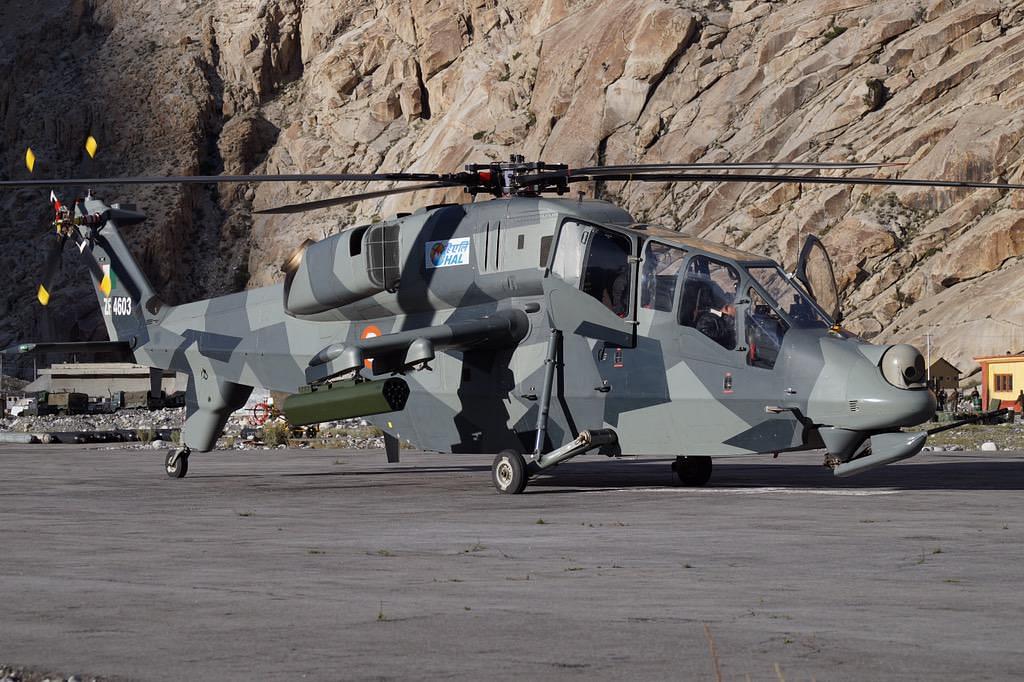 An LCH in Ladakh.

In order to help the Indian Air Force in any urgent situation at the Line of Actual Control (LAC), two Hindustan Aeronautics Limited (HAL)-made light combat helicopters (LCH) have been deployed in Ladakh sector, the defence sector company said on Wednesday (12 August).

As per a report by Hindustan Times, these LCHs are also among the 101 types of defence items that were put in the negative import list by the Defence Ministry recently.

"It is the lightest attack helicopter in the world designed and developed by HAL to meet the specific and unique requirements of Indian armed forces reflecting the crucial role of HAL in Atmanirbhar Bharat," HAL chairperson R Madhavan was quoted as saying in the report.

The deployment comes at a time when India and China have been locked in a tensed situation at the border for over three months now. While the talks at various levels for deescalation have been on, they have not bron much results.

It is important to note here that the twin-engine choppers have been deployed in a symbolic nature and are not completely weaponised to meet all the IAF's requirements, as per officials cited in the report.

They said the deployment was an acknowledgement of the potential the government-owned company has.

"The LCH holds a lot of promise but is not really capable of carrying out missions in its current configuration. It lacks anti-armour and air-to-air weapons. That’s work in progress," an official was quoted as saying by HT, adding that the coppers are equipped with 70mm rockets and a chin-mounted cannon.

According to Air Marshal K K Nohwar (retd), director general, Centre for Air Power Studies, the LCHs are capable of proving their worth once the weapon integration is complete.

As per the report, the defence manufacturer is expecting to receive an order for at least 15 LCHs by the end of this year -- 10 for the IAF and five for the Indian Army.