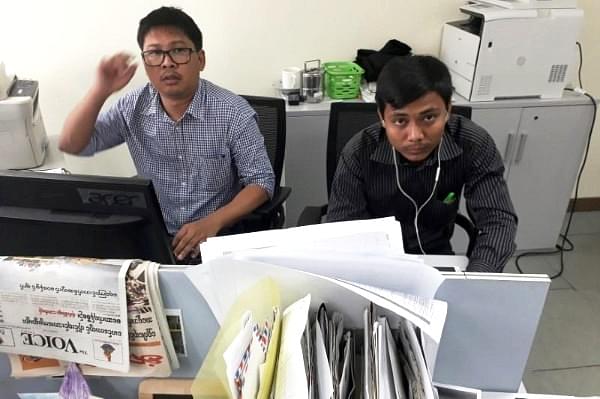 Two Myanmar journalists employed with the Reuters have been sentenced to seven years in imprisonment by their country under the official secrets act, BBC has reported.

These journalists named Wa Lone and Kyaw Soe Oo were supposedly investigating violations against the Rohingyas. The matter purportedly related to the execution of 10 men by the army in northern Rakhine’s Inn Din village.

The report claims that they were handed over documents connected to the investigation by the police, but were arrested soon after - for possessing them.

As per the reports, the presiding judge Ye Lwin ruled that the journalists had intended to harm the state’s interests, thus they were found guilty under the state secrets act. The verdict was incidentally delayed as the judge was ill.

Throughout the episode, the journalists protested their innocence and argued their case one last time while being taken away after the ruling. Wa Lone also missed the birth of his first child while being in detention.

This imprisonment has been called a crushing blow to the press freedom in Myanmar and a setback to democracy.

It has also been condemned by the US and Britain Ambassadors who expressed disappointment and called the verdict extremely troubling.