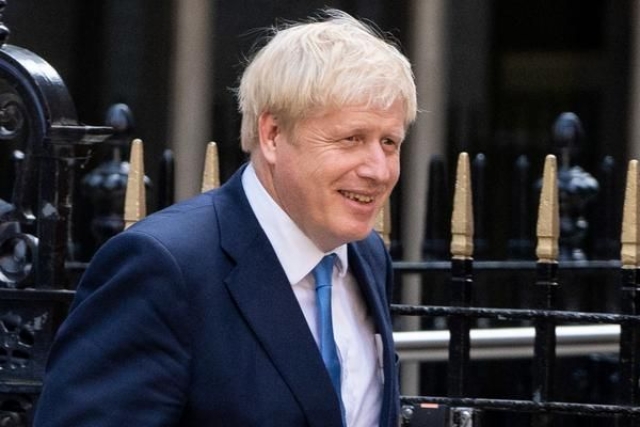 Last month, UK Prime Minister Boris Johnson feared never meeting his son. Having come out of his fight against Covid-19 from intensive care at a London hospital last month, Johnson welcomed his baby on 29 April. The newborn has been named Wilfred Lawrie Nicholas Johnson.

His son's name bears a tribute to two frontline doctors from the National Health Service (NHS), who treated him and saved his life from Covid-19.

As a mark of honour and tribute to the two specialists who treated Johnson while he was in intensive care, Johnson and his partner Carrie Symonds, have given their son Wilfred the middle name "Nicholas" after Dr Nicholas Price and Professor Nicholas Hart -- the two doctors from NHS.

This report mentions that Johnson was asked if he had fears that he might never meet his child. The British PM said that he had those thoughts.

"Well, yes, of course. We’ve all got a lot to live for, a lot to do, and I won’t hide it from you, I was thinking about that, yes," the report quotes him saying.

The BBC points out that the baby is "only the third baby born to a serving prime minister in living memory."

Johnson has expressed his gratitude towards the staff at NHS. He has been quoted saying: "What I can say is that I’ve seen the NHS save life and I’ve seen the NHS bring new life into the world in the last month. My love and admiration for that institution is boundless, that’s all I’ll say."

Johnson and Symonds announced in February this year that they were engaged to be married. He was hospitalised last month for Covid-19. His hospitalisation had led many members of the Indian diaspora to praying for his speedy recovery.