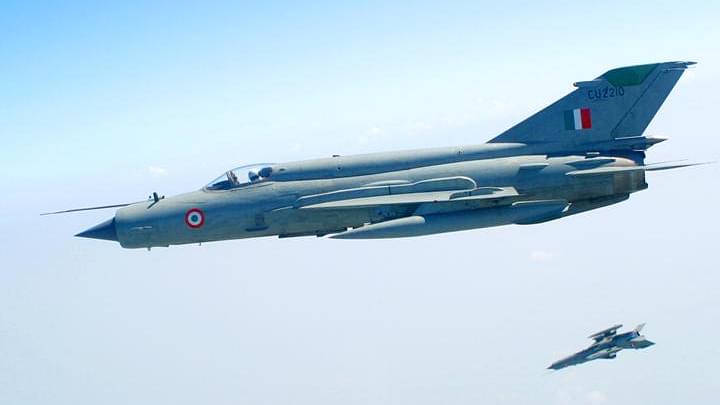 Unconfirmed videos which show the Mig-21 pilot captured by Pakistan being beaten up by locals immediately after the crash have emerged on social media.

In the video, the pilot appears to have been captured by the locals after the crash and can be seen lying on the ground as Pakistani troops try to drag him.

Earlier in the day, Islamabad had claimed to have shot down two Indian fighter jets and captured more than one Indian pilot. A pilot in Pakistan’s custody has reportedly been identified as Wing Commander Abhinandan Varthaman.

Soon after, a video in which the pilot can be seen confirming his identity had emerged on social media. In that video, most of the alleged pilot’s face had been covered with a cloth, apparently to hide his wounds.

Interestingly, no wounds are visible on his face in the video which shows the pilot being captured and dragged by Pakistani troops.

This suggests that the pilot had landed in Pakistani territory unhurt and was wounded when the locals attacked him up in presence of Pakistan troops.

In a short press briefing at 3:30 pm, the spokesperson of India’s External Affairs Ministry confirmed that one MiG-21 of the Indian Air Force (IAF) was shot down while an F-16 of the Pakistan Air For was brought down by the IAF.

Note: This post earlier contained a video which allegedly showed the captured pilot being attacked. It has now been removed.