Unifier In Sight, Unity In Mind: Replicas Of Patel Statue To Be Installed At Schools And Colleges In Gujarat 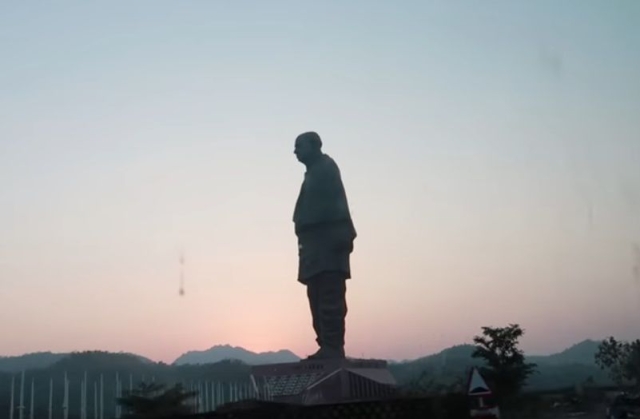 Statue of Unity (Photo By Notthebestusername Via Wikimedia Commons)

District Collectors and municipal commissioners in Gujarat have been instructed by the state government to ensure installation of replicas of the Statue of Unity in all schools and colleges premises by 15 December, Indian Express has reported.

The replicas were distributed to all the schools and colleges of the state during the Ekta Yatras held in October, before the unveiling of the statue.

According to the report, the directive to this effect was issued by the additional chief secretary (home) Anand Mohan Tiwari. It added that Local MP and MLAs should be extended an invite for the installation events on 15 December, the day Sardar Vallabhbhai Patel died in 1950.

However, the circular added that if any replica is damaged, it should not be installed without adequate repair.

Before the unveiling of the 182-metre tall statue of Sardar Vallabhbhai Patel in Kevadia Colony of Narmada district in October, the state government had organised Ekta Yatras across the state. Replicas of the statue were delivered to the schools and colleges during these rallies.

Principal Secretary Anju Verma told the paper that the statues are being set up with an objective to inspire the future generation and acquaint them with the sacrifices made by Sardar Patel for nation-building.