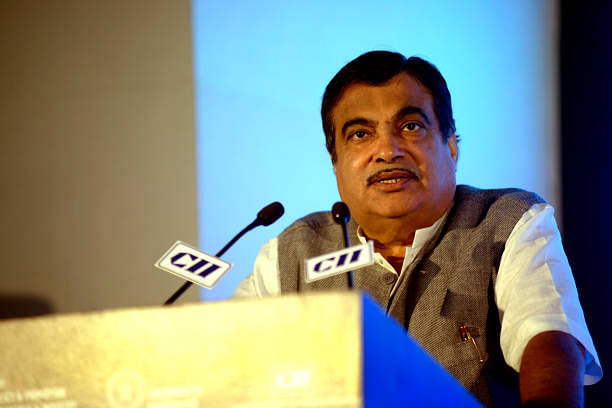 Nitin Gadkari speaking at an event in New Delhi. (Photo by Abhijit Bhatlekar/Mint via Getty Images)

Transport minister was speaking at a symposium on 'Empowering Mobility—The Safe and intelligence way' which was organised by Automotive Research Association of India (ARAI).

"Our crude oil import bill is of Rs 7 lakh crore and this cost is creating big economic problems for the country and at the same time, the use of fossil fuels are creating pollution. As there is a lot of agriculture raw material waste, there is a need to convert it into energy through waste and move towards the alternative fuels like methanol, ethanol, bio- fuels and electric," the minister was quoted in the report as saying.

Gadkari added that Prime Minister Narendra Modi had already announced reducing import bill of crude oil by 10 per cent by 2022.

The minister said that his priority is for the agriculture. He also attributed neglect of rural agriculture as the reason for the problem in urban areas.

"If bio mass projects are set up in the rural areas, it will create a lot of employment and people will not have to move towards the cities," he said.

Gadkari stressed on the need to convert public transport to either electric or ethanol. He added that government will soon provide 40 buses running on methanol for use in public transport in cities like Mumbai, Guwahati, Navi Mumbai and Pune.