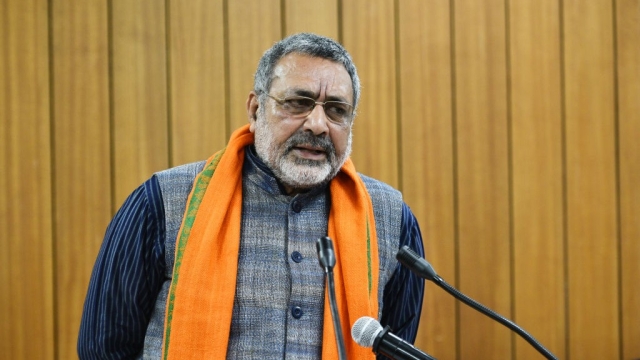 Union Minister Giriraj Singh has attacked the Bihar government for the increasing crime rate in the state.

The Begusarai MP tweeted in Hindi on Tuesday (29 October): "Crime is at its peak in Begusarai. It is so bad that when I am on way to meet a victim's family, another murder happens in some other place. In the past 72 hours, 10 firing incidents have taken place. Out of these seven have died..... It can't go on like this... will speak to top police officials."

Without naming the chief minister, Singh said: "I am from the ruling party, don't know what to say."

Singh met some victim's families and tried to console them. In another tweet, Singh mentioned the triple murder in Machaha village in Begusarai and said: "Machaha... murders have shocked Begusarai. I met the family and have asked the police to provide security to the remaining members of the family."

Three members of a family, including a middle-aged man, his wife and their minor daughter were shot dead in their house in Machaha village on Diwali night.