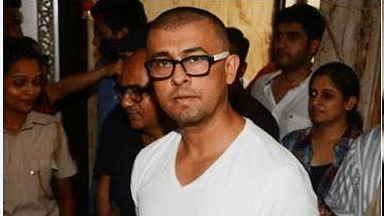 A Hindustan Times report said one of the victims, Shivam Rai, had posted a message supporting Nigam’s stand against the use of loudspeakers for azaan. This enraged the accused, Mohammad Nagori and Faizan Khan, who threatened him over the phone.

The report quoted Rai as saying that he was asked to meet them in the Freeganj area of the city. “When I reached there with my friend, Ayush Shreewas, they attacked us with knives.” Shreewas, who sustained grave injuries in the attack, was admitted to the district hospital.

Police said a case of attempted murder has been registered against the accused under Section 307 of the Indian Penal Code. They are yet to be arrested.

On 16 April, Nigam tweeted that he was against “forced religiousness”. A Kolkata-based cleric then wasted no time in announcing a reward of Rs 10 lakh to anybody who would tonsure Sonu Nigam and garland him with old shoes.

The singer responded by having his head shaved at his Juhu residence. Nigam has clarified that he was not against any religion and spoke against the use of loudspeakers.