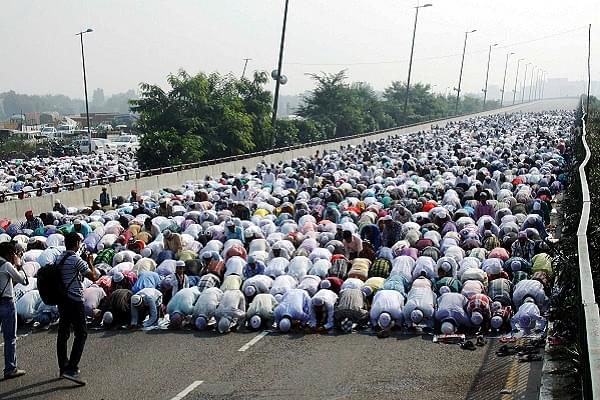 Days after Aligarh administration banned all the religious activities on the roads, the Shehar mufti of Aligarh Mohammad Khalid Hameed, has directed the administrators of all the mosques in the city to make arrangements for offering namaz on the terrace of the mosques, instead of roads, reports The Tribune.

According to the report, while speaking to the mediapersons, the Mufti said that though there is no provision of offering namaz on roads, people sometimes do so due to unavailability of the space in the mosque.

"I have conveyed to all the mosques' administrators regarding this and they will have to make arrangements on terrace if required," the Mufti said, as reported by The Tribune.

The Mufti said that on special occasions like Eid and Bakr-Eid, the namaz would be offered on the roads at the Jama Masjid and Eidgah as the mosques cannot accommodate the people.

As per the report, the District Magistrate CB Singh said that on special occasions, mosques and other religious institutions will have to take the prior permission, which will be granted to them.

"If anyone is caught violating the ban, strict action will be taken against the administrator of the place of worship, irrespective of the religion. Officials will make videos of such violations," Singh said.