UP: Anti-CAA Protesters Shaving Their Head, Beard To Escape After Police Publishes Their Pictures As ‘Wanted’ 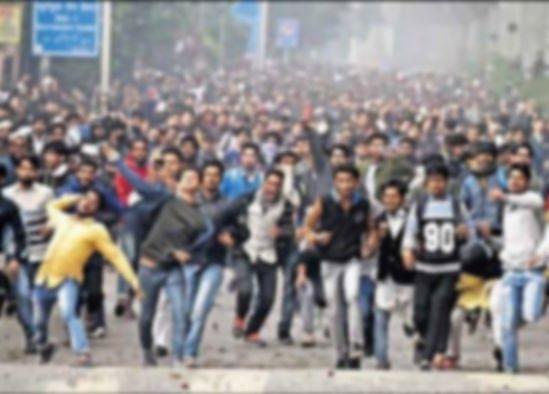 With the Yogi Adityanath government leaving no stone unturned to nab the perpetrators of violence in Uttar Pradesh during the recent anti-Citizenship Amendment Law protests, the protesters whose photographs have been pasted in various districts for identification, were going in for a makeover to escape the law.

Young men, whose photographs are on the 'wanted' board, are shaving off their beards and hair at local salons in Lucknow, Kanpur and Meerut.

A senior police official said, "We are now posting cops in civil clothes at salons to track down those who think they can escape the law by shaving off their beards and hair. We are also giving the posters to salon owners and seeking their help in identifying these elements. We are scanning CCTV cameras installed at salon shops and nearby areas to identify the suspects."

"I certainly did not get involved in any stone pelting or violence. When trouble began, I simply stepped out of my house to see what was happening and now I find myself in one of the photographs. I shaved my beard because I know the police will not believe what I say," he confessed.

"These are days when salon services are available at home on call. People are even using trimmers to shave off beards at home," said a source.