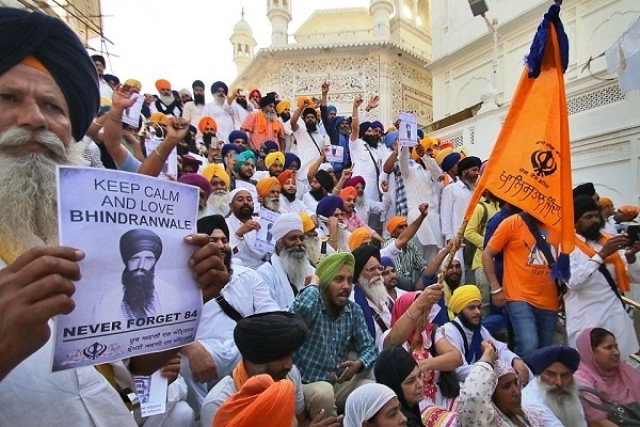 A team of Uttar Pradesh Anti Terror Squad has arrested Junaid Khan on charges of being a key arms supplier for Khalistani terrorists, Press Trust of India has reported.

“The UP ATS has arrested Javed, an arms supplier to Khalistani terrorists, from Hapur. Javed is a resident of the Kithore area of Meerut. His interrogation is on and the Punjab Police has been informed about the arrest”, the ATS Additional Director Dhruva Kant Thakur was quoted as saying.

The UP ATS in a statement said that Khan had also supplied a weapon to Dharminder Singh in Ludhiana who was involved in the murder of a senior RSS functionary Brig (retd) Jagdish Kumar Gagneja.

Dharminder Singh is a member of Khalistan Liberation Force (KLF) had instructed Khan to supply three guns to his aide. Khan is also believed to be an aide of KLF chief Harmeet Singh’s right hand man, who is accused of perpetrating the murder of RSS and Shiv Sena workers.

Khan is believed to have been supplied arms in locations like Amritsar and was nabbed following a tip by Punjab state special cell. Various pro-Khalistan terrorists have been caught in Meerut in the past.