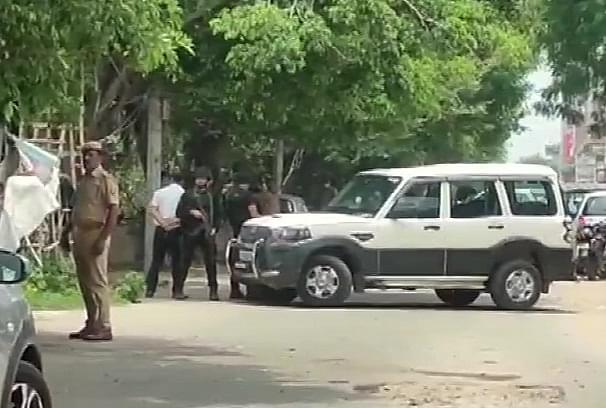 The UP Anti-Terrorist Squad (ATS), in a major operation, has arrested two terrorists, linked to Al Qaeda, from Kakori on the outskirts of Lucknow on Sunday.

The two ultras were reportedly hiding in a house in Kakori area.

The ATS team had received a tip-off about their presence and had been tracking them since the past one week.

A team led by IG ATS, G.K. Goswami, closed in on their location and arrested the two from a house that belongs to one Shahid.

Wasim was a tenant in the house since the past 15 years. The house has a motor garage in it.

According to ATS sources, two pressure cooker bombs, a detonator, and 6 to 7 kilograms of explosives have been recovered from the house.

A bomb disposal squad has been summoned to the site and nearby houses have been evacuated.

The IG did not disclose the names of the arrested persons and said that further details would be revealed after interrogation.

ATS sources said that preliminary investigations have revealed that the two terrorists planned to target a BJP MP and some senior BJP leaders in Lucknow.

A strong contingent of security forces along with top officials from various agencies have reached the spot.