UP: CM Yogi Adityanath Directs Public Works Department To Repair All Roads Of State By 15 November 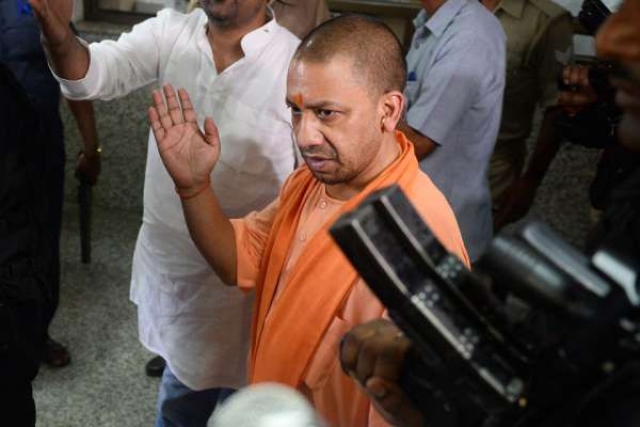 A visibly upset Chief Minister Yogi Adityanath has asked the state Public Works Department (PWD) to ensure that all roads are repaired by 15 November.

The PWD portfolio in the state is held by Deputy Chief Minister Keshav Prasada Maurya.

At a review meeting held on Thursday (17 October) night, the Chief Minister has also asked for an audit of the tenders issued by four departments, including PWD, urban development and irrigation, over the past two years. He said accountability should be fixed and action should be taken if any discrepancies are found.

Yogi Adityanath has directed Principal Secretary PWD to take strict action against officials of the districts where funds were withdrawn without any work being done.

"Get FIRs registered against officers if needed. The patching of roads should not be a formality, but special attention should be paid to quality. Ensure repairs of all village roads also," he said.

During his tours across the state, the chief minister has been receiving complaints about the extremely poor condition of roads post-monsoon. On Thursday, he was in Varanasi and the people again complained of potholed roads in the Prime Minister's constituency.

Yogi pointed to the condition of national highways and said no alternative arrangements had been made for traffic where construction is in progress.

He instructed NHAI officials to inspect the Gorakhpur-Varanasi, Mau-Gorakhpur and Mau-Varanasi roads and prepare a report.

UP Chief Secretary RK Tiwari has been asked to review the repair work and apprise the Union Road and Transport Ministry about it, besides taking necessary action against officials and contractors.

The CM has also instructed Principal Secretary - Rural Development to ensure all village roads are repaired soon and has directed officials of Urban and Housing Development to expand urban areas from current 22 per cent to 30 per cent in next two years.

He further ordered that road leading to Haridwar be made four-lane to accommodate traffic for the 2021 Kumbh in Haridwar.