UP: Cops Refused To Give Security, Asked Man To Convert To Islam, Alleges Inter-Faith Couple 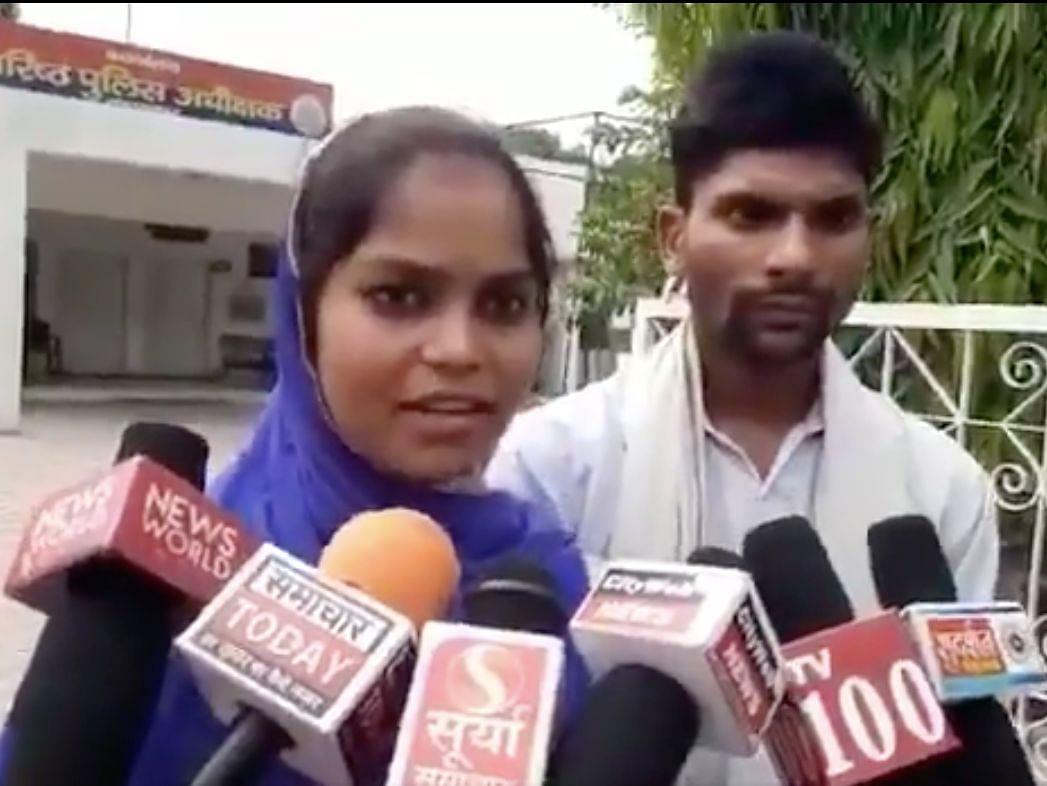 An inter-faith couple in Saharanpur in Uttar Pradesh has alleged that the local police has refused to give them security and instead asked the Hindu man to convert to Islam as they were being hunted down after marrying.

In a video statement to the media, the couple has alleged that instead of providing them with protection after registering a complaint, the local cops beat up the man instead. The cops allegedly also asked the man to convert or to annul the relationship. Even the man’s family has been banished from the village and aren’t being allowed to return, the woman says.

As per a reply posted on Twitter by the Saharanpur police, the incident is from the area under Biharigarh station and the local police have been directed to provide security to the couple.

However, the police official has claimed that a case had been filed against the man by the woman’s father under Sections 363, 368 and POCSO Act earlier and that the report on the case has been submitted to he local court.

Saharanpur police has said that the charges levelled by the woman like asking the man to convert and expulsion of the man’s family from the village will be investigated.