UP Election 2017: Congress Forms An Alliance With Samajwadi Party 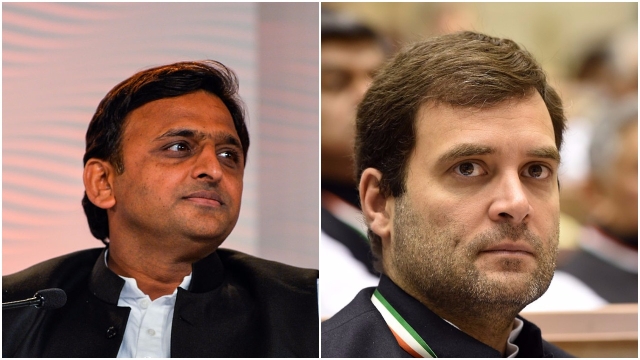 There was talk for months about the possibility of Congress joining hands with the Samajwadi Party (SP) to contest the upcoming Uttar Pradesh state assembly polls. Ending months-long speculation, the Congress today (17 January) confirmed that it will partner with the SP under the leadership of Akhilesh Yadav.

There will be Congress and SP alliance in upcoming UP elections: GN Azad, Cong pic.twitter.com/nFm4lXpIkU

Azad said the nitty-gritty of the alliance, particularly seat sharing, was being worked out, and declined to comment on the possibility of forming a Bihar-style Grand Alliance, or mahagathbandhan.

Following the development, former Delhi Chief Minister Sheila Dikshit, who was the chief ministerial candidate for Congress in the state, said she would “gracefully withdraw”.

I would like to gracefully withdraw, as we cannot have 2 CM candidates for the elections: Sheila Dikshit, Congress #UPpolls pic.twitter.com/MxIDeaW61L