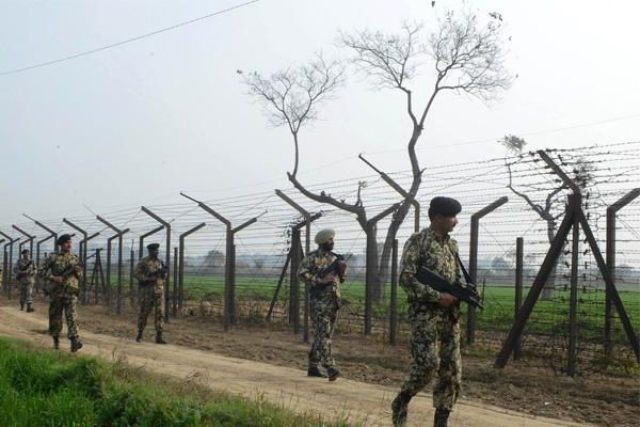 Troops at the India-Pakistan border.

The Border Security Force (BSF) detained a man near Moboke border outpost, Ferozepur yesterday (Friday, 1 March) for having a Pakistani sim which is reportedly connected to eight Islamic groups on social media. The person who has been arrested is been identified as Mohammad Shahrukh.

As per reports by The Indian Express, a mobile phone has been recovered from him which had a SIM card of a Pakistani mobile service, and it has got six Pakistani numbers in the phone contact list.

An investigation is currently underway.