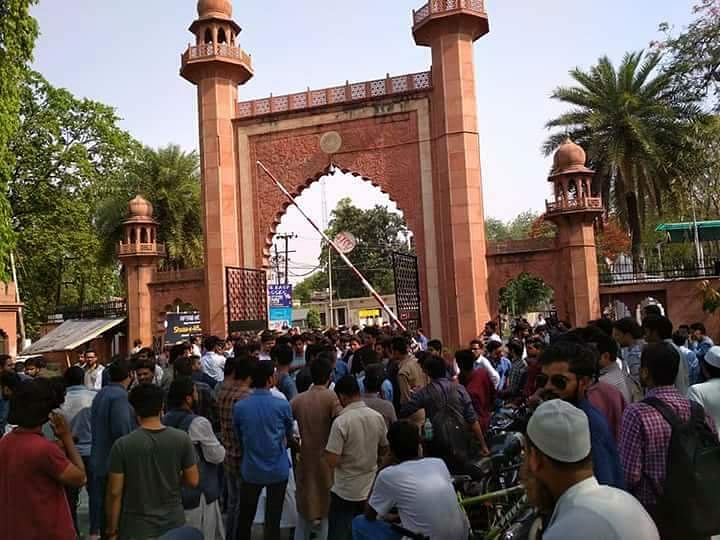 The Uttar Pradesh police has booked more than 600 students of the Aligarh Muslim University (AMU) for blocking roads in the city on Republic Day (26 January), reports Asian News International (ANI).

The students had blocked roads in the city demanding the release of a former student of the Varsity named Ahmad Mustafa Faraz who had been arrested for heckling the AMU's vice chancellor (VC) Tariq Mansoor during his speech on the Republic Day.

During VC Mansoor's speech on the day, a few students had allegedly chanted slogans demanding for him to go back. A few such students were later handed over to the police by AMU's administration.

Later, three students out of the four arrested were released by the police, while Faraz, a former student of the AMU was slapped with a case. It was at this development, protesting against which over 600 students of the AMU blocked the roads outside the university for over five to six hours.

Later, on 27 January, Faraz had been let out by the police on a bail.