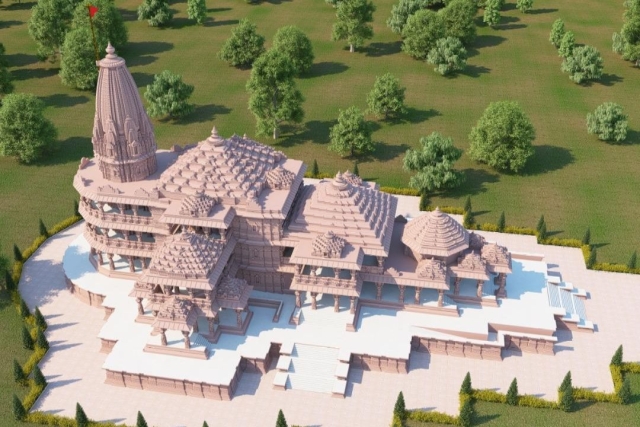 A decorated tableau depicting a replica of the Bhavya Ram Mandir, a glimpse of ‘Deepotsav’ and several tales from the Ramayana will be exhibited in the Republic Day parade this year, reports Livemint.

According to the report, a sitting model of Maharishi Valmiki will be placed at the front of the tableau. The temple’s model will be positioned towards the back end of the illustration.

Two female dancers, an individual dressed up as Lord Ram and a group of artistes will be a part of the tableau too.

Ajay Kumar, a resident of Laxmangarh in Chandauli district will be portraying Lord Ram in the event. “I am very excited and happy that Ayodhya and its heritage will be showcased in our tableau and I have been chosen to play our beloved Lord Ram. We have been waiting to see Ayodhya's heritage being showcased on Rajpath,” Kumar was quoted as saying.

An official of the UP government accompanying the state team said that their tableau will display the ancient heritage of Ayodhya that is revered by numerous people across the country.

“Ayodhya is our holy place and the Ram temple issue has been an emotive one for the faithful,” the official said.

The tableau includes numerous iconic accounts from the Ramayana. This includes the earthen lamp celebrations of Deepavali in Ayodhya, murals displaying Lord Ram embracing Nishadraj, Lord Hanuman fetching the ‘sanjeevani’ during the war of Lanka, Ashok Vatika and also the conversation between Lord Ram and Jatayu. The annual Republic Day parade will be held in a slightly curtailed manner due to the ongoing Covid-19 pandemic.