UP: Yogi Adityanath Allows Demolition Of Boundary Wall, Over 100 Shops Inside Gorakhnath Temple For Road Widening 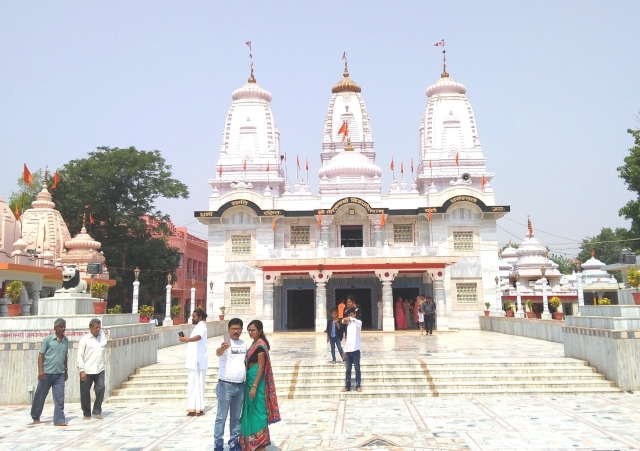 Leading by example, Uttar Pradesh Chief Minister Yogi Adityanath has approved a proposal to demolish a part of Gorakhnath Temple boundary wall along with 100 shops inside the temple to widen the road connecting Gorakhpur to Sonauli, reports Zee News.

As per reports, Chief Minister Yogi Adityanath, who is also the Mahant of Gorakhnath temple, himself had given permission to bulldoze the shops to facilitate the widening of the road.

The road connecting Gorakhnath Temple, Dharamshala, Mohdipur, Kudaghat and Nandanagar with the airport is being converted into a 17 kilometres long four-lane road to ease traffic bottlenecks.

"Earlier, Yogi did not attend his father’s funeral and chose duty over personal issues. And by ordering demolition of the temple wall, the CM has sent out a strong signal that any construction, be it a shop, house or any religious place, would be demolished when the matter relates to public interest and development," said Vinay Gautam, a senior staff off the temple.

“The road in front of the temple was witnessing massive traffic jams quite often and with the completion of the project, this problem is expected to be resolved,” said an official.

The Chief Minister has also asked officials to provide alternative accommodation to shop keepers who have been displaced so that their earnings were not impacted.

"The Chief Minister did not take even a minute to allow demolition of shops for the development of the city. The new four-lane road will ease traffic congestion in the city," the report quoted an official on condition of anonymity.