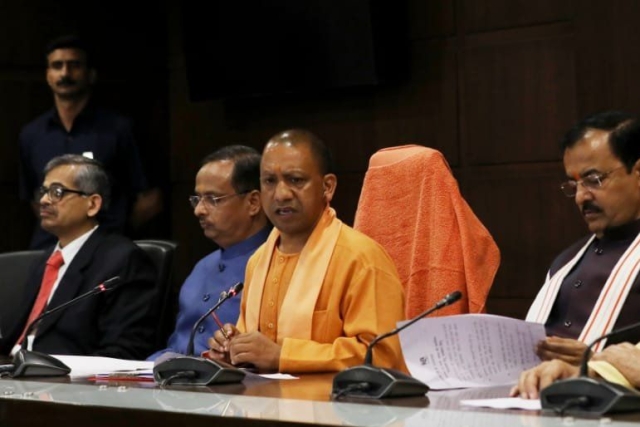 The Yogi Adityanath government has announced major austerity measures for the government departments and officials, in view of the plummeting revenues in the lockdown.

While no ambitious project would be launched in the state, there would be a ban on buying cars and also on air travel in the executive class by the government officers.

Besides, no new posts would be created to put an effective check on government expenditure.

Mittal said that as the state's revenues have recorded a drastic fall, there was no option but to resort to austerity measures.

He said that instead of undertaking tours, officers would be advised to hold meetings through video conferencing.

Officials have been asked not to use luxury hotels for holding conferences, seminars, and meetings, but to utilize the government buildings for such events.

Officers have been asked to identify posts that have become obsolete due to the advent of technology and deploy the staff elsewhere.

No new construction will be initiated, though completion of existing under-construction projects will be allowed.

Appointments of advisors and chairpersons in various departments have also been stopped.

In view of the fund shortage, the state's share in the Centrally sponsored schemes would be given in instalments.

Earlier, the government had deducted several allowances of its 16 lakh employees and frozen development funds of MLAs and MLCs. Salaries and allowances of ministers were also slashed to ease the burden on the exchequer.