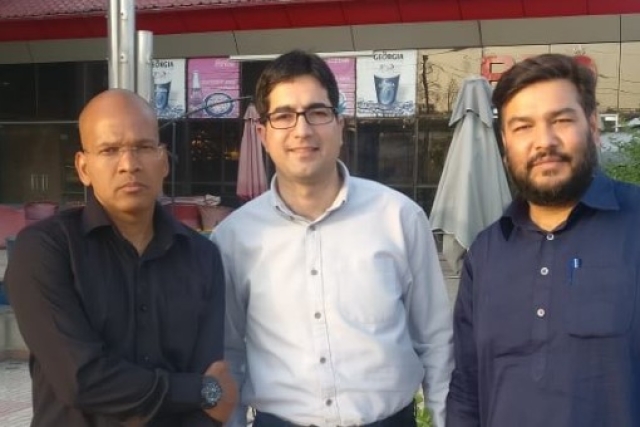 Former civil servant from Kashmir, Shah Faesal has announced launch of a political party and an application for registration had been made to the Election Commission, reports NDTV.

"I want to participate in elections... We are not going to join any existing party, we are going to start our own party, I want to make that announcement from the NDTV studio," Faesal was quoted as saying.

When asked about the name of the party, Faesal said that he will announce it later on as the name needs approval of the Election Commission.

The 35-year-old civil servant resigned from the civil services last month saying that Muslims in the country had been reduced to second-class citizens. He had expressed willingness to contest in upcoming Lok Sabha polls while clarifying that he won’t join any existing political party.

Having earlier courted controversy for calling the nation ‘Rapistan’, the 2009 UPSC civil services examination topper announced his party on Facebook on Saturday (23 February) and asked for help from the Indian people and civil society. He said that his crowdfunding campaign had received an overwhelming response. He further promised to not accept any foreign funding and that he will make all donations public.

Commenting on the recent withdrawal of security cover of several separatists in the aftermath of Pulwama attack, he said, "It reflects some kind of thoughtlessness within the government... it's like pressing the wrong buttons."

The former bureaucrat's security cover was also revoked after the ghastly terrorist attack which took lives of 40 CRPF personnel.

"It may be because of possible disagreements over my views or way of politics," he added.