Uri Attack: India Must Transition From Words To Action Now 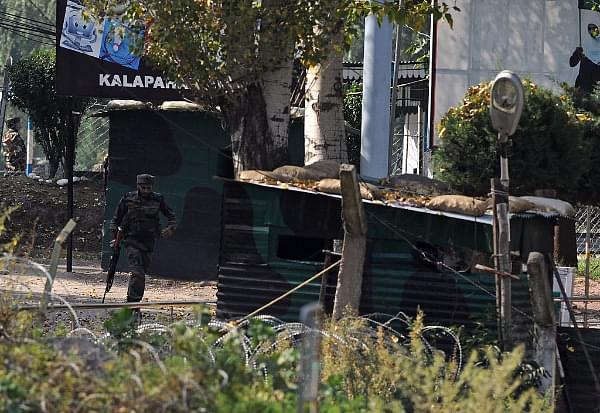 The terrorist attack at Uri yesterday (18 September) has prompted the likely response from the Indian military establishment and government – it was an operation directed and backed by Pakistan. General Bikram Singh, former Chief of Army Staff, said the guns and other weapons used by the terrorists were “actually supplied by Pakistan” and were something “which are not available off the shelf”.

General Singh reiterated what Director General of Military Operations (DGMO), Lt. Gen. Ranbir Singh, said about some of the weapons bearing a Pakistan marking. On top of that, this attack seems to have been timed to sync with the talks at the Non-Aligned Movement (NAM) Summit – on human rights in Kashmir.

Predictably, the reaction from Pakistan was that of “condemning terrorism in all its forms and manifestations”. Additionally, Pakistan’s Foreign Office Spokesperson Nafees Zakaria said that the “Indian allegations against Pakistan are totally baseless and irresponsible”.

Following the routine practice of denial, Zakaria stated that Pakistan has always wanted tangible evidence from India to prove its accusations, but the latter had “failed” to do so. He added that India has a history of accusing Pakistan any time there is a terror attack, but that these accusations have been proved wrong in investigations.

While Prime Minister Narendra Modi is taking the aggressive route in dealing with the situation, it still remains to be seen what India will do. The war of words and blame game are clearly insignificant actions that will do nothing to dissuade Pakistan’s terror network from targeting us.

Clearly, Pakistan’s primary focus is India, derived from its decades-old enmity towards its neighbour. The problem is not Kashmir but one of Islamism, as Pakistan keeps trying to defeat “Hindu” India. The need now for India is to develop a formal military-industrial complex with the participation of both public and private entities. It should also stop being apologetic about Kashmir once and for all. Pakistan is an Islamic state and must be defeated. More exchange of harsh words is not the answer.

We have to learn the value of hard power – how to acquire it, how to use it, and how to stop browbeating ourselves into inaction.