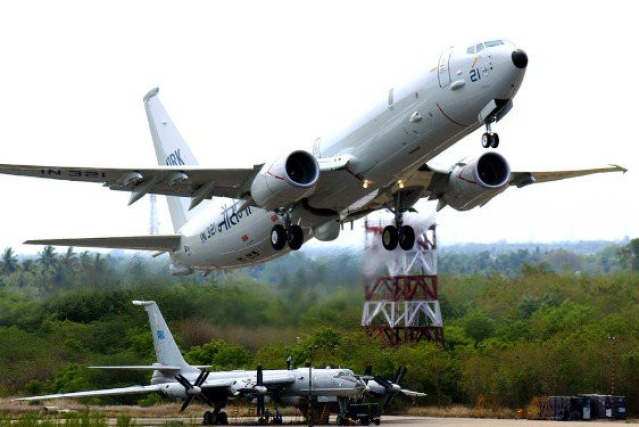 Participating in the exercise along with Indian P-8I aircrafts was the US Navy's guided-missile destroyer USS Spruance which focused on anti-submarine warfare training, information sharing and coordination between maritime patrol aircraft and ships.

“The US Navy is committed to engaging with regional partners in establishing common practices and developing mutual capabilities. Spruance is proud to exercise alongside the Indian Navy,” US Navy Commander Matthew Smidt, USS Spruance said in a statement.

Commander Schmidt added, “We were greatly impressed by the professionalism and competency of their MPRA. The exercise was a wonderful experience and opportunity from which we learned and honed our skills".

The two navies had set up their first such secure communication link under COMCASA agreement earlier this month (April 2019). The said COMCASA pact was signed in September 2018.