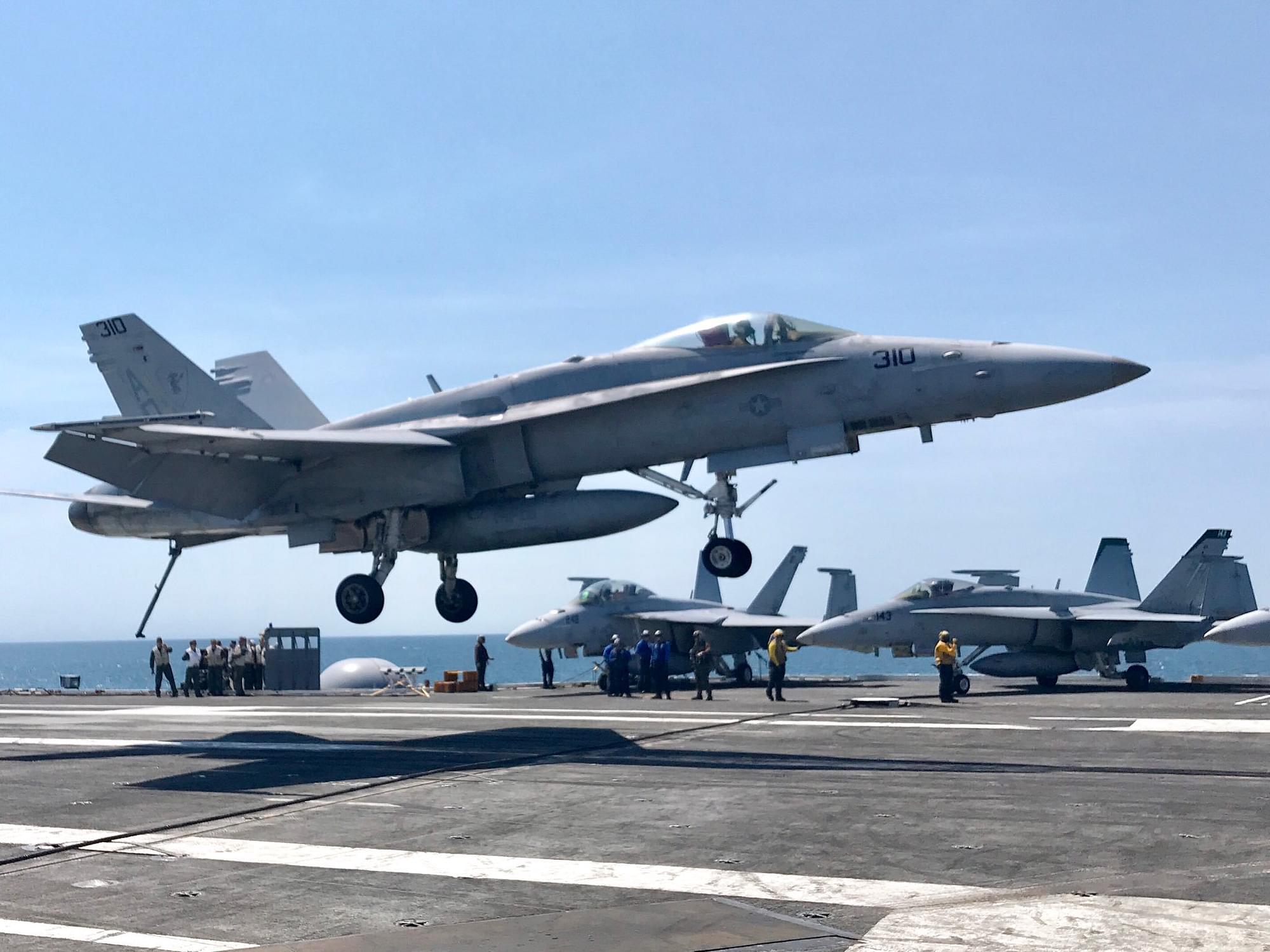 During last month visit to India Admiral John Acquilino, the commander of United States Pacific Fleet based in Hawaii, talked about the acquisition of the F/A-18 Fighter Jets.

For a long time, US has been putting pressure on India to switch to American Made Fighter jets which will create a “commonality of weapon platform” which would enable both countries to act quickly in time of crisis.

The commonality of weapons platform along with the ability to operate F/A18 Super Hornets on each other’s aircraft carrier will give operational advantage to the two nations for safeguarding national security interests in the Indian Ocean.

Admiral Acquilino also mentioned that China was bullying its neighbours using strong arm economic tactics like CPEC, and soon Chinese Aircraft Carrier battle-groups would soon be seen in the Indian Ocean in the near future.

On 21 November senior US diplomat for South Asia region Alice Wells speaking at the prestigious Woodrow Wilson International Centre for Scholars had said, “CPEC would profit only Beijing and the US offered a better model. The acting assistant secretary of state for South Asia added, “It’s clear, or it needs to be clear, that CPEC is not about aid.”

Pakistan is already in China's grip and India is the only power in the region capable of standing up to China growing ambition and the US wants India to team up and maintain balance.

China has only recently started operating its first Aircraft Carrier, the Liaoning, and lacks carrier operation experience. However this has not stopped them from carrying out “deterrent patrols” in the South China sea.

India at present has only one operational aircraft carrier INS Vikramaditya which flies the Russian Mig-29K Fighters.

India is in the process of building a second aircraft carrier named INS Vishal, proposed to be a flat-top carrier, at Cochin Shipyard.

If the new aircraft carrier has a CATOBAR system, F/A-18 Super Hornets could prove to be an effective fighter which would further enhance the India’s security architecture in the Indian Ocean region.