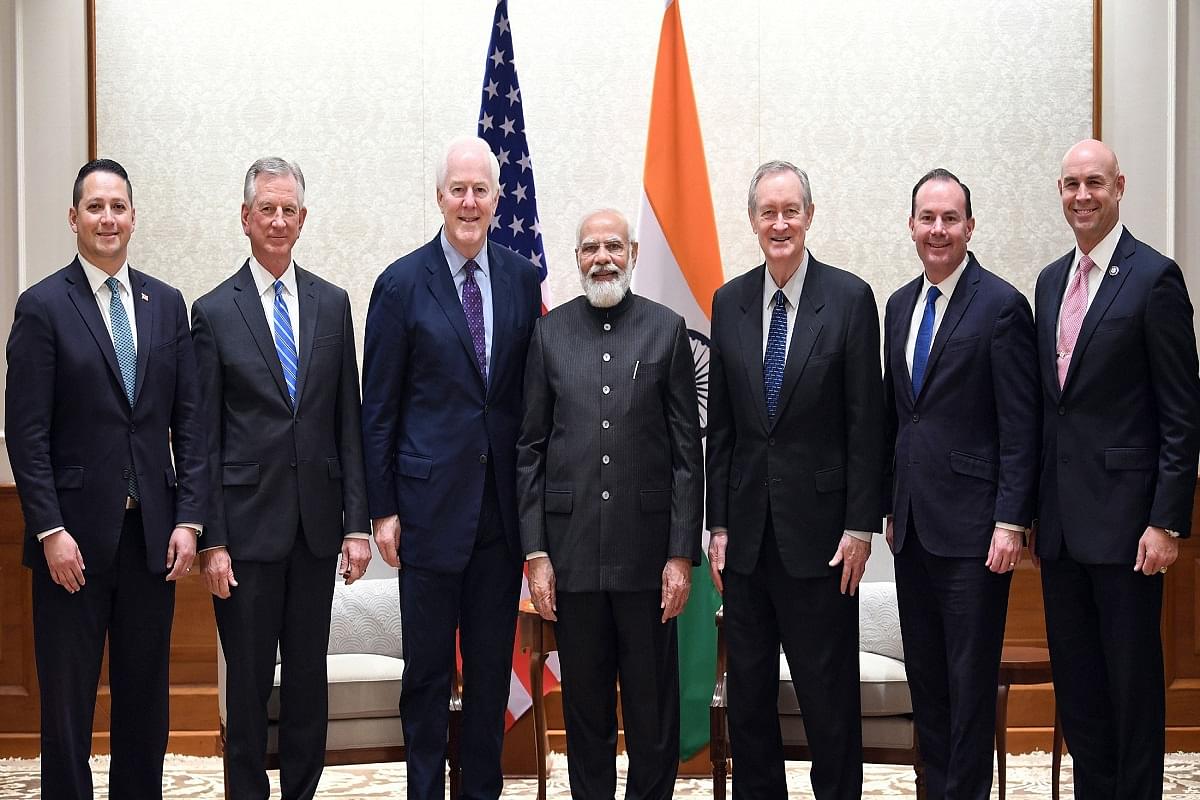 PM Modi with the US Congress delegation

Senator John Cornyn is the co-founder and co-chair of the Senate caucus on India and Indian Americans.

The US Congressional delegation noted the excellent management of COVID situation in India in spite of the challenges of large and diverse population, a PMO release said.

PM Modi noted that people’s participation based on democratic ethos of the country played a key role in managing the worst pandemic of the last one century, according to the PMO.

He also appreciated the consistent support and constructive role of the US Congress in deepening the India-US comprehensive global strategic partnership which is anchored in shared democratic values.

"There was a warm and frank discussion on regional issues of mutual interest, including those related to South Asia and the Indo-Pacific region," the PMO said.

PM Modi and the visiting delegation noted the increasing convergence of strategic interests between the two strategic partners and expressed desire to further enhance cooperation with an aim to promote global peace and stability.

PM Modi also exchanged views on the potential for enhancing the bilateral relationship and strengthening cooperation on contemporary global issues such as the terrorism, climate change and reliable supply chains for critical technologies.