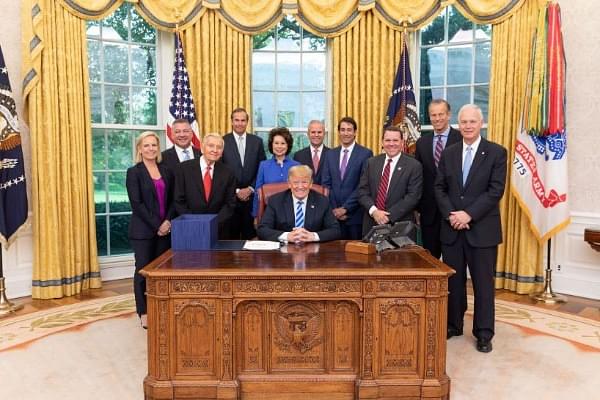 David Bohigian, executive vice president of the Overseas Private Investment Corporation (OPIC), who just concluded his five-day visit to India has said that the US has more funds to counter Chinese Belt and Road Initiative, Mint has reported.

The US President Donald Trump has also signed the Build Act which will equip the government with funds to invest in the Indo-Pacific region.

"With more tools, more flexibility and more running room â the United States will be able to have even greater impact." Read @opicgov President & CEO Ray W. Washburne's full statement on the passage of #TheBUILDAct into law: https://t.co/IrM3k8HvS0

“The President’s signature launches a new era for development finance. With more tools, more flexibility and more running room – the United States will be able to have even greater impact. That this substantial proposal went from the President’s budget to his desk in just eight months is a recognition of the growing role development finance will play to meet development needs and advance U.S. interests,” President and Chief Executive Officer of the Overseas Private Investment Corporation (OPIC), Ray W. Washburne had said in a statement after the Build Act was signed into law.

David Bohigan while speaking to reporters in New Delhi said that the US has $60 billion in funds in comparison to $23 billion for funding projects after the Build Act came into force. Further, he added that OPIC was a key component of the US Indo-Pacific strategy.

Both India and the USA share apprehensions over the Chinese BRI projects which are burdening developing nations in the Indo-Pacific with unsustainable debt. The US initiative is likely to counter the trend in coming years.