US: Democrats Introduce Bill For Panel To Evaluate President, Trump Says It's To Make Way For Kamala Harris 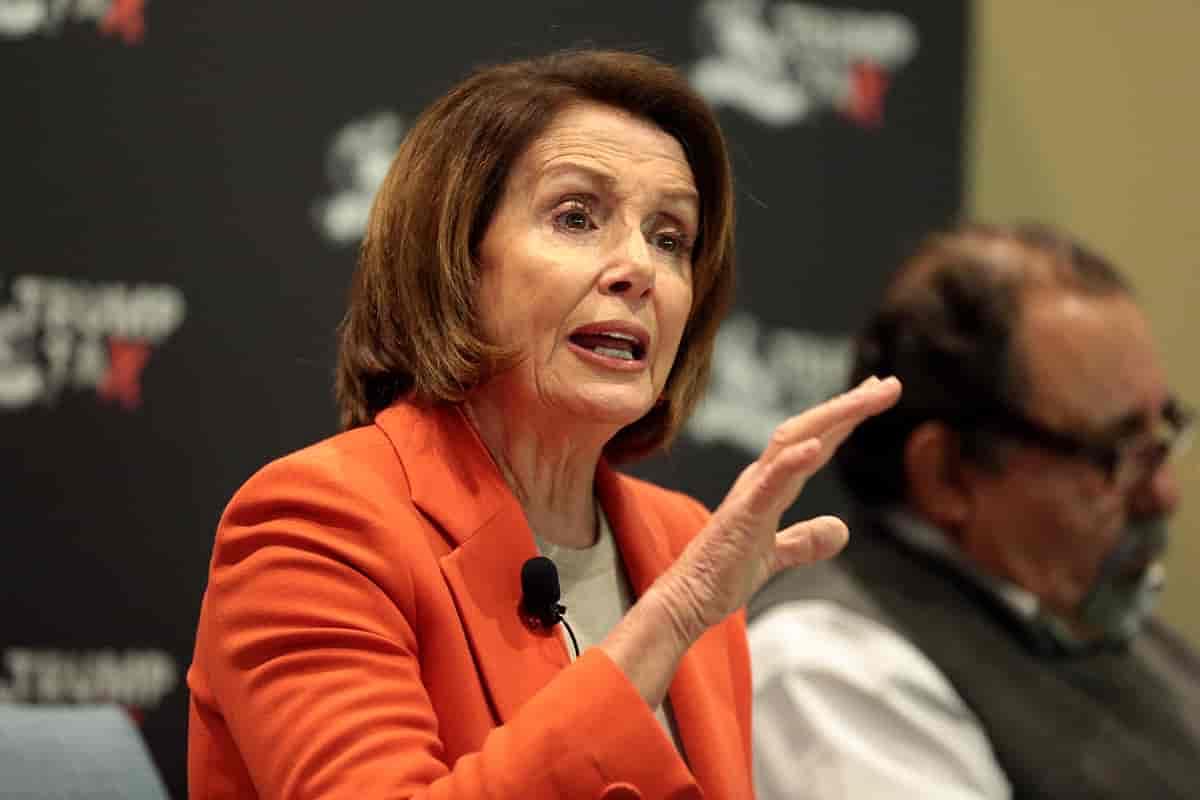 United States (US) Speaker Nancy Pelosi on Friday (9 October) announced a bill to set up a permanent commission to evaluate the President’s capacity to continue in office and recommend the leader’s ouster from office but President Donald Trump claimed it was to help Kamala Harris.

Trump tweeted that its real intent was to pave the way for removing the Democratic Party’s presidential candidate Joe Biden if he is elected and replace him with Harris, the vice-presidential nominee.

Although the Democratic bill was introduced just 25 days before the 3 November election, Pelosi said that it was not aimed at Trump whom she had asserted on Thursday was in an “altered state”.

She told reporters in Washington, “This is not about President Trump. He will face the judgment of the voters. But he shows the need for us to create a process for future presidents.”

Putting his own twist on it, Trump tweeted after the announcement, “Crazy Nancy Pelosi is looking at the 25th Amendment in order to replace Joe Biden with Kamala Harris. The Dems want that to happen fast because Sleepy Joe is out of it!!!”

Earlier this week, Trump said that Harris would become President in a month if Biden wins because he is in no condition to last even two months in office.

Trump had on Thursday dismissed Pelosi’s effort in a tweet saying, “Crazy Nancy is the one who should be under observation. They don’t call her Crazy for nothing!”

The bill for the setting up the commission to evaluate the presidential condition under the provisions of the Constitution’s 25th Amendment on presidential succession is only a symbolic election-eve manoeuvre because it will not pass the Republican-controlled Senate.

Trump came down with Covid-19 last week and was hospitalised in a military hospital. He returned to the White House on Monday and his doctor Sean Conley said on Thursday that Trump’s condition was stable and could return to public activities on Saturday.

Trump said that he planned a rally in Florida on Saturday if it can be arranged.

Pelosi alluded to the possibility that the medications and the illness could affect his psychological condition, but said that she would not say so directly and only that she was referring to what some medical professionals had written.

But asked specifically if Trump’s condition required him to be replaced, she said, “That’s not for us to decide.”

Democratic member of the House of Representatives Jamie Raskin, a former constitutional law professor who drafted the bill, said, “In the age of Covid-19, where a lot of government actors who have been afflicted by it, we need to act.”

He said that there were possibilities of a President falling into a coma or requiring a ventilator and this required preparing for action under the 25th Amendment.

The 25th Amendment was enacted in 1967 as a response to the assassination of President John F. Kennedy to codify the succession process.

It provides for removing a President if the Vice President and the cabinet or a panel set up by Congress determine that a president is unfit to continue in office. Such a panel has not been set up so far.

The Vice President would then take over as acting President.

The Speaker is next in line of succession.

The Congress has not set up a panel so far under the law and Pelosi is trying to do that now.

The bill proposes having 17 members on the commission, four doctors and four psychiatrists and eight eminent persons with a leader to be elected by them.