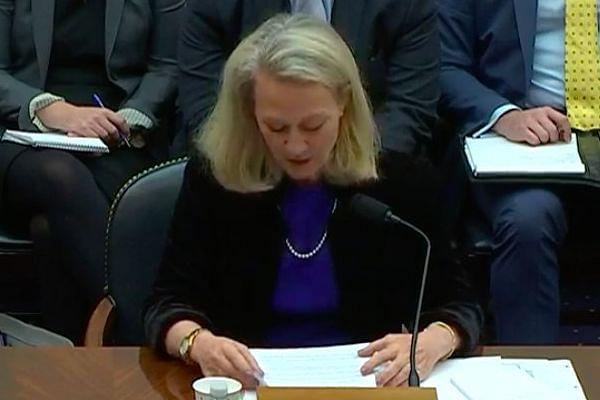 The US on Tuesday (22 October) voiced "deep concern" about reports of human rights abuses and discrimination faced by Pakistanis because of their faith, which in many cases are perpetrated by non-state actors.

Alice G Wells, Acting Assistant Secretary of State, Bureau of South and Central Asia, in her testimony before the House Foreign Affairs Subcommittee on Asia and the Pacific, said: "In recent years, we have observed some troubling trends within Pakistan, including shrinking space for civil society and media freedom."

"Pressure on the media and civil society - including harassment, threats, and financial and regulatory action, has increased over the past year," she said. Since Prime Minister Imran Khan came to power over a year ago, media in Pakistan has seen its freedom markedly restricted.

She said the US continues to urge the Pakistani government to uphold the right of groups that criticize the leadership and security establishment, like the Pashtun Tahafuz Movement, to peacefully assemble.

"We are concerned with Pakistan's problematic registration policy for international non-governmental organizations, as it impedes the ability of reputable and well-respected organizations to do important work that benefits the people of Pakistan.

"We remain deeply concerned about reports of human rights abuses and discrimination faced by Pakistanis because of their faith. In many cases, these abuses are perpetrated by non-state actors, and Pakistan has taken steps to counter many of the country's most virulent terrorist organizations posing a direct threat to the state, such as Lashkar-e-Jhangvi and the Tehreek-e-Taliban Pakistan."

Referring to the acquittal of Christian woman Asia Bibi on blasphemy charges, which enabled her safe departure from the country, Wells said the apex court's verdict "emphasized the necessity of inter-faith tolerance and not "curtailing the rights" of members of religious minority groups, both of which are critical to improving religious freedom in Pakistan.

Referring to incidents of mob violence in cases related to blasphemy, Wells said: "Pakistan's laws and policies continue to discriminate against members of the Ahmadiyya Muslim community. Its continued enforcement of blasphemy laws, which has resulted in dozens of Pakistanis on death row or serving life sentences in prison, as well as incidents of mob violence following blasphemy allegations, remain deeply troubling.

"The overall situation prompted Secretary (of State Mike) Pompeo to designate Pakistan a Country of Particular Concern under the International Religious Freedom Act in 2018," she said.

In an incident of mob violence over an alleged case of blasphemy in Ghotki in Sindh province last month, a Hindu temple was vandalised, and the houses of members of the minority Hindu community were vandalized.