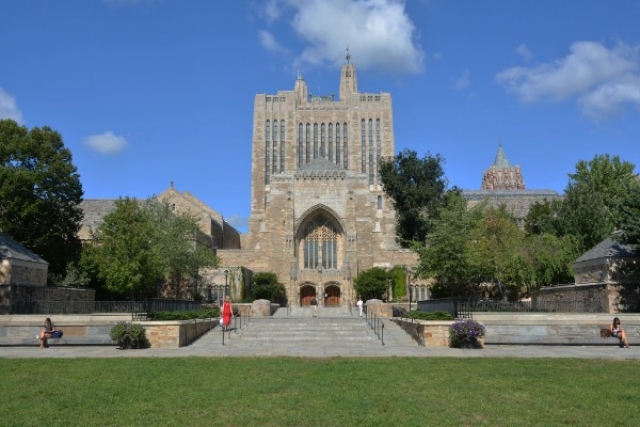 The US Justice Department has filed a lawsuit against the prestigious Yale University, accusing it of violating federal civil rights laws for "at least 50 years" by making admission decisions based on a candidate's race, it was reported.

The Department filed the lawsuit "on the grounds of race and national origin" on Thursday (8 October) in the US District Court for the District of Connecticut.

In a press release, it said the University "imposes undue and unlawful penalties on racially-disfavoured applicants, including in particular most Asian and White applicants".

The University "injures applicants and students because Yale's race discrimination relies upon and reinforces damaging race-based stereotypes, including in particular such stereotypes against racially-favoured applicants".

The lawsuit has also alleges that th University also engages in "racial balancing by, among other things, keeping the annual percentage of African-American admitted applicants to within one percentage point of the previous year's admitted class as reflected in US Department of Education data".

"This nation's highest ideals include the notion that we are all equal under the law. For centuries, people from all over the world have learned of this ideal, left their ancestral homes, and come to the US...

"All persons who apply for admission to colleges and universities should expect and know that they will be judged by their character, talents, and achievements and not the colour of their skin.

"To do otherwise is to permit our institutions to foster stereotypes, bitterness, and division," he added.

According to a statement obtained by The Hill news website, Yale University President Peter Salovey defended the college, saying the use of race is "one element in a multi-stage examination" of an applicant in an effort to diversify the student body.

"Yale does not discriminate against applicants of any race or ethnicity. Our admissions practices are completely fair and lawful.

"Yale's admissions policies will not change as a result of the filing of this baseless lawsuit. We look forward to defending these policies in court," Salovey was quoted as saying in the statement.