US Official Points Out Pakistan’s Hypocrisy On Kashmir, Says Would Like To See Same Level Of Concern For Muslims In China 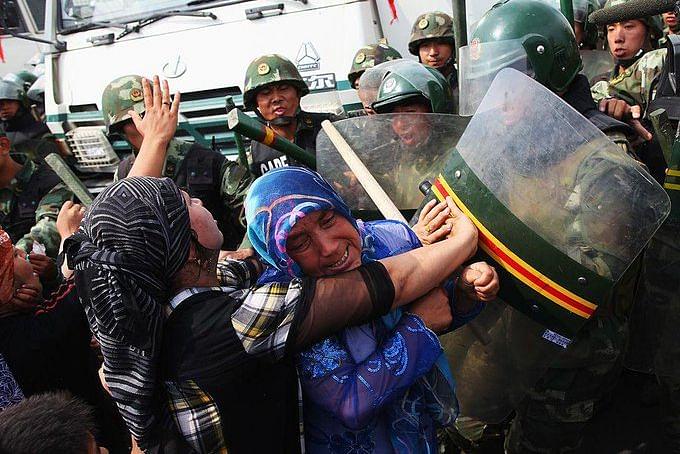 The United States’ Acting Secretary For South and Central Asia, Alice Wells questioned Pakistan’s hypocrisy pointing out its concerns for Muslims in Kashmir and at the same time going silent about atrocities on Muslims in Western China, Times Now reported.

Wells, while answering questions on Pakistan’s concerns over Jammu and Kashmir, said that Pakistan has consistently been numb regarding Uighur Muslims being detained in Xinjiang region of China.

"...I would like to see the same level of concern expressed also about Muslims who are being detained in Western China, literally in concentration-like conditions. And so being concerned about the human rights of Muslims does extend more broadly than Kashmir, and you've seen the administration very involved here during the UN General Assembly and trying to shine a light on the horrific conditions that continue to exist for Muslims throughout China," said Wells, while replying to a question about Pakistan Prime Minister's alleged concerns about Kashmir.

Pakistan PM Imran Khan, who claims to be an ambassador of Kashmiri people, has been attacking India at many global forums, since it ended the special status given to Jammu and Kashmir by dissolving Article 370 of Indian Constitution.

However, PM Khan has in past avoided questions regarding the minority community in China by saying there is enough to be worried about in his own country.

It has been alleged by several international civil societies that the rights of Uighur Muslims in China are being oppressed and they are being sent to mass detention facilities in the name of ‘re-education’ camps.