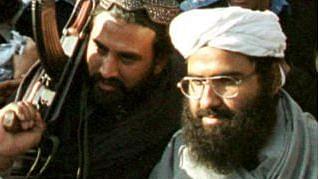 The US on Wednesday (28 March) proposed a new resolution to blacklist Pakistan-based terrorist group Jaish-e-Mohammad (JeM) chief Masood Azhar at the UN Security Council, the fifth such attempt at the Council, reports Mint.

The proposal, supported by the UK and France, came just hours before US Secretary of State Mike Pompeo launched a scathing attack against China for assuming double standards on terrorism.

“The world cannot afford China’s shameful hypocrisy toward Muslims. On one hand, China abuses more than a million Muslims at home, but on the other, it protects violent Islamic terrorist groups from sanctions at the UN,” said Pompeo.

Earlier this month (March 2019) China put a “technical hold” on a proposal sponsored by the US, France and the UK to designate Azhar as a global terrorist at the United Nations Security Council (UNSC). While 14 members of the grouping, including the US, UK and Russia supported the resolution, China vetoed it. This was the fourth instance of China blocking such a move in the past decade. A UN sanction will subject Azhar to an arms embargo, travel ban and an asset freeze.

JeM is responsible for a host of large-scale attacks on Indian territory, going back to the 2001 Parliament attack, and the more recent attacks in Uri and Pulwama, which resulted in the deaths of 17 and 40 soldiers respectively. It has also claimed responsibility for the horrific Pulwama attacks in which 44 CRPF jawans were massacred in a fidayeen (suicide) attack on 14 February 2019.

Also Read: The Terrorist That Got Away: Masood Azhar’s Journey In The World Of Jihad