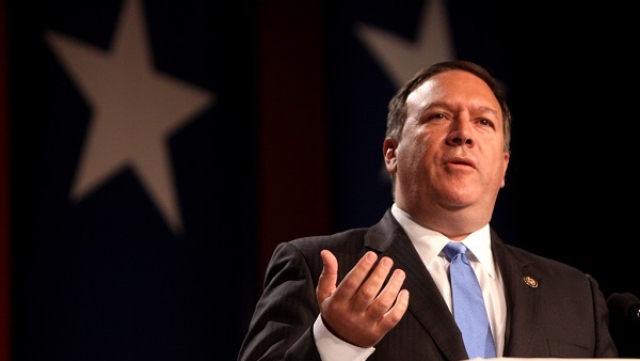 US Secretary of State Mike Pompeo on Thursday (28 March) launched a scathing attack on the contradictory stances maintained by China on Muslims. While it persecutes its Muslim minority community in the Xinjiang region, it extends support to countries like Pakistan which are breeding grounds for Islamic terrorism, reports ANI.

“The world cannot afford China’s shameful hypocrisy toward Muslims. On one hand, China abuses more than a million Muslims at home, but on the other, it protects violent Islamic terrorist groups from sanctions at the UN,” said Pompeo.

Recently China put a ‘technical hold’ on an effort to designate Jaish-e-Mohammad (JeM) chief Masood Azhar as a global terrorist in the United Nations Security Council. While other 14 members of the Council supported the resolution, China vetoed it.

Following this, Pakistan’s Foreign Minister Shah Mahmood Qureshi was seen thanking China for preventing UNSC sanctions against the dreaded terrorist who was responsible for 2001 Parliament attacks and the recent Pulwama massacre in India.

Pompeo also asked China to release its Muslim minorities from forced labour camps. “China has detained more than one million Uighurs, ethnic Kazakhs, and other Muslim minorities in internment camps in Xinjiang since April 2017. China must release all those arbitrarily detained and end its repression.”

According to a United Nations (UN) report, while a million Uighurs and other Muslims have been imprisoned in a network of “counter-extremism centers,” another two million have been forced into “re-education camps for political and cultural indoctrination.”