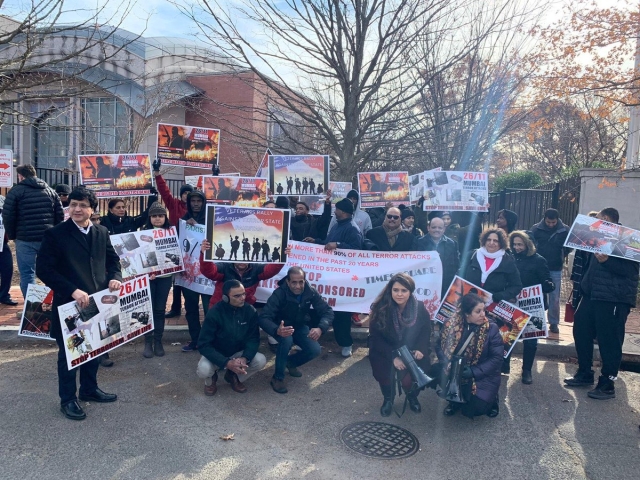 A group of US veterans and congressional candidates joined American Kashmiri diaspora and other Indian-Americans to protest against Pakistan-sponsored terrorism outside the Pakistani embassy, reports Times Of India.

The protest was held in Washington DC on Sunday (9 December) against the Pakistan-sponsored terrorism directed against India and Afghanistan as well as some western countries and saw participation of people from varied backgrounds and communities, informed Mohan Sapru.

Sapru also cited US Country Reports on Terrorism which clearly states, “Pakistan as a safe haven for terrorists - a country where terrorists are able to organise, plan, raise funds, communicate, recruit, train, transit, and operate in relative security.”

Mohan Sapru who is the coordinator of the Global Kashmiri Pandit Diaspora said "It is a human tragedy that Pakistan-sponsored terrorism resulted in the genocide of Kashmiri Hindus during the dark period of 1989-1991. While the world remained silent, these terrorists committed the most outrageous human rights violations by killing, raping, and uprooting about 4 lakh native Kashmiri Hindus who were forced to flee Kashmir."

Also participating in the protest were two congressional candidates from Virginia who had served in Afghanistan who took part in ‘Veterans Rally against terror state Pakistan'.