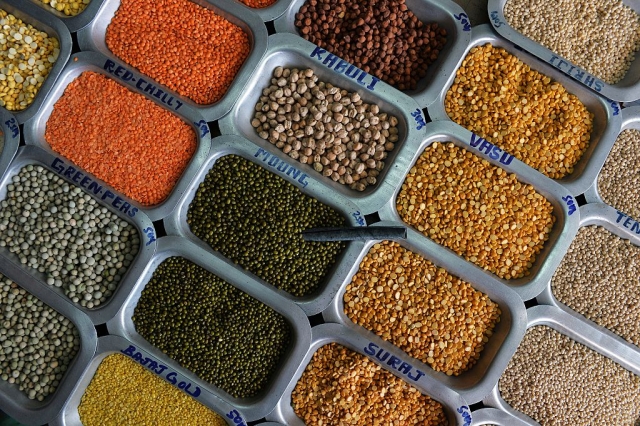 Canada, Australia and the USA have moved the World Trade Organisation (WTO), raising objections over ban on import of certain pulses by India to check falling prices in the domestic market.

They have also submitted fresh questions on the validity of the steps taken by India under global trade rules and asked New Delhi to justify the restrictions under the WTO rules.

"India is moving towards self-reliance in production of pulses. The import ban is necessary to provide the best prices to farmers. But moong and urad crops have been damaged due to excessive rain this year, which will be compensated by import," Kothari said.

As pulses fetched good prices over years after the government announced incentives, farmers started showing interest in its cultivation. It led to a quantum jump in production -- from 231.3 lakh tonnes in 2016-17 to 254.2 lakh tonnes in 2017-18, according to Agricultural Ministry website.

The WTO Committee on Agriculture may meet this week, where the Indian import ban could be taken up.