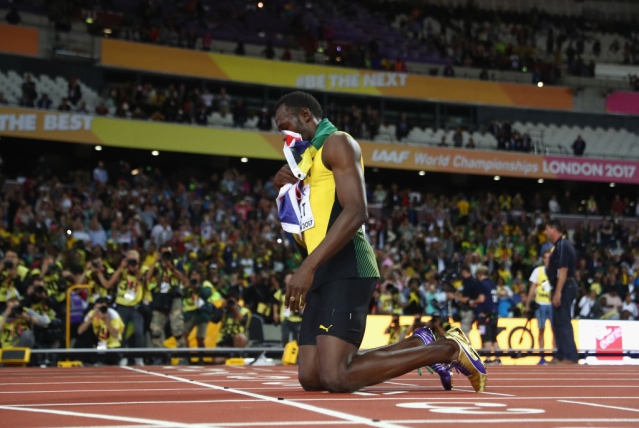 “Oh no” echoed across the globe as Usain Bolt’s final race at the world championships ended in him getting injured and hobbling on the track, whimpering in agony.

The 4x100m relay witnessed the disaster, as Bolt crumpled on the race track clutching his leg in visible pain and tears, reports CNN. Bolt took the baton for Jamaica in third place but within a few strides he was on the ground, clutching his left leg, as host Britain secured gold ahead of the United States team which had Justin Gatlin.

Bolt, who came third in the individual 100m behind Gatlin and his fellow teammate Christian Coleman, was comforted by his teammates after getting to his feet, his face marked with pain.

Nevertheless, Twitter was filled with praises and cheerful messages for Bolt, as they hailed him for being a legend on track.

Sport can be uplifting and cruel, generous and mean. Because it is real, it tells the greatest stories. As it has with the great Usain Bolt

Oh.. no. That's not the way to finish his career. Every one will remember what he achieved. @usainbolt well done! ððð

"He didn't tell us exactly what happened but from what I saw, it looked like a strain or a cramp of some sort. He kept apologising to us but we told him there was no need to apologise – injuries are part of the sport," teammate Julian Forte said.

Jamaican team doctor Dr Kevin Jones said that Bolt had suffered from "cramp in his left hamstring". Farah, who won the 10,000 title in the opening day at the London Stadium, settled for silver behind Ethiopian Muktar Edris in his final championship race on the track. (ANI)