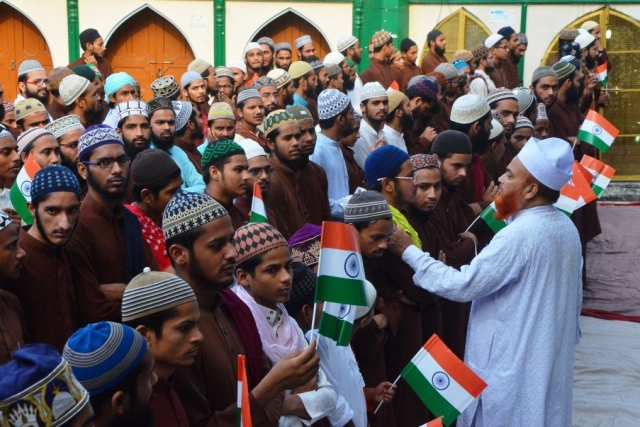 Madarsa children in UP. (Sachin Saini/Hindustan Times via Getty Images)

Following the recommendations of the Arbi-Farsi Urdu Madarsa Board, the Uttar Pradesh (UP) government under Chief Minister (CM) Yogi Adityanath has ordered madarsas across the state to begin classes in Hindi and English medium, News18 has reported.

Earlier, the medium of instruction in the madarsas was only Urdu.

The madarsa board had made the recommendations on 15 May and were accepted in a state cabinet meeting yesterday (22 May). The government has also asked the madarsas to follow NCERT syllabus as part of the curriculum.

Madasas are schools for Islamic instruction and have been faced criticism in the past for only teaching Islamic theology, which handicaps the children in an increasingly competitive world. Moving to correct this, subjects like Science, Mathematics, English, Hindi and Social Science would also be introduced in the madarsa curriculum.

The order is inline with CM Yogi Adityanath’s resolve to modernise madarsas. He had earlier said that shutting down madarsas will not help in uplifting the Muslim community. Adityanath had also underlined the need to computerise the islamic schools.

“When we talk of minority welfare, a lot of questions arise in front of us,” Adityanath had said in January.

The move is part of the bigger UP government push to reform the education sector in the state. A large scale anti-cheating campaign was also launched by the state’s education department earlier this year.