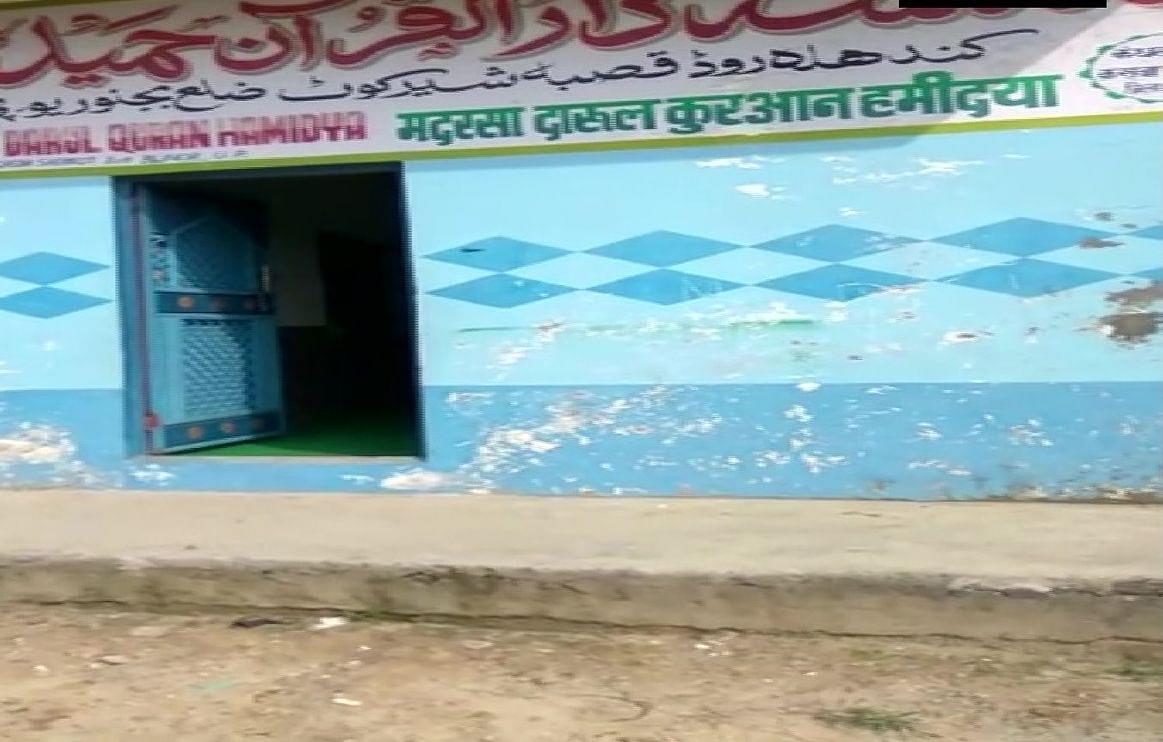 In Uttar Pradesh’s Bijnor, police raided a Madrassa on Wednesday and discovered a large quantity of illegal firearms, reports ANI.

In Sherkot’s Madrasa Darul-Quran-Hamidia, police discovered five pistols and several cartridges. along with a white-coloured four-wheeler. Six persons have been arrested.

K Kanojia, Circle Officer said that the police received a call concerning anti-social elements visiting the Madrasa. "We searched the premises and recovered 5 pistols and several cartridges. 6 persons are arrested, investigation is underway," he added.

The Madrasa situated on Kandla road in Sherkot area sees several students everyday who come here to study. However, due to police raid, there was commotion in the area as a crowd assembled outside the Madrasa premises.