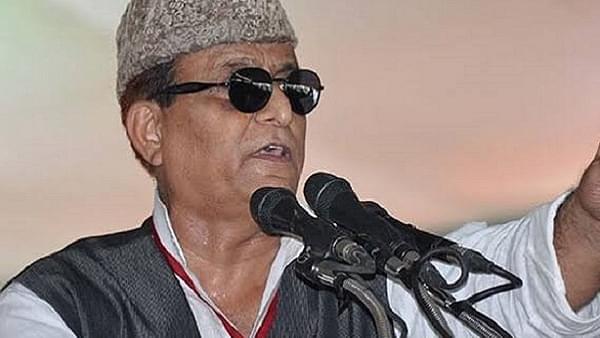 The police claimed to have also recovered two stolen buffaloes and other stolen gold and silver ornaments from Fasahat's farmhouse at Koyala village.

It is noteworthy that among the cases lodged against Azam Khan, one is related to theft of buffaloes.

In September 2019, some residents of Yateem Khana had lodged FIRs against Azam Khan and his aides on charges of robbery.

They had also alleged that their houses were vandalised by Khan's supporters and their animals were robbed.

In one of the FIRs, a complainant had alleged that her four goats, three buffaloes, one cow and a calf were taken away.

Rampur SP Shaghun Gautam, said, "Fasahat Khan, during interrogation, had revealed that he had stolen the buffaloes and other items from inside the houses of the Yateem Khana residents on the instruction of Azam Khan. Most of the other accused involved in the crime are already on bail, while a few others need to be questioned."

Fasahat was produced before the court of the Additional Chief Judicial Magistrate, late on Wednesday evening, and sent to jail.

The police said that there are 16 criminal cases registered against Fasahat.

Azam Khan, his wife and SP MLA Tanzeen Fatima and son Abdullah Azam are already lodged in Sitapur jail after they were arrested on charges of fraud and forgery in February this year.